Philip, who's vision this particular "Sky Suit" was... has a desire to showcase this creation and there-by get the news out... of the serious, professional talents of the man, Sid Garrand, who actually BUILT this magnificent, futuristic soldier suit.
Also, he wants to provide anyone further interested, in a link to Mr. Garrand's Website.

I decided to build this page because Philip seems a very sincere person who's main, driving force in this matter, seems to be to say "Thank You" to his very talented friend. Sid Garrand.

I am going to post the letter that I recieved from Philip at the bottom of this page. Then you will get a better idea of how this whole thing came about Ü 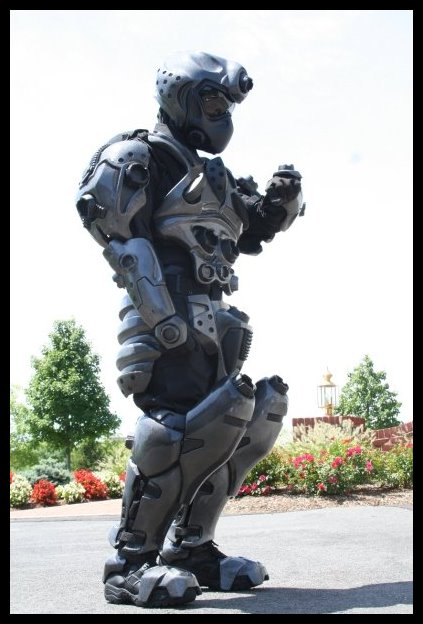 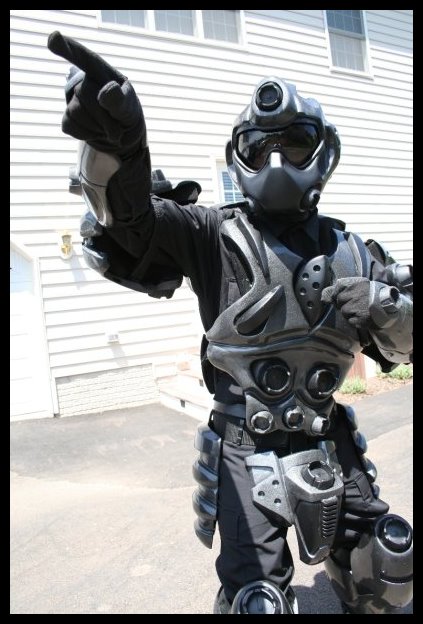 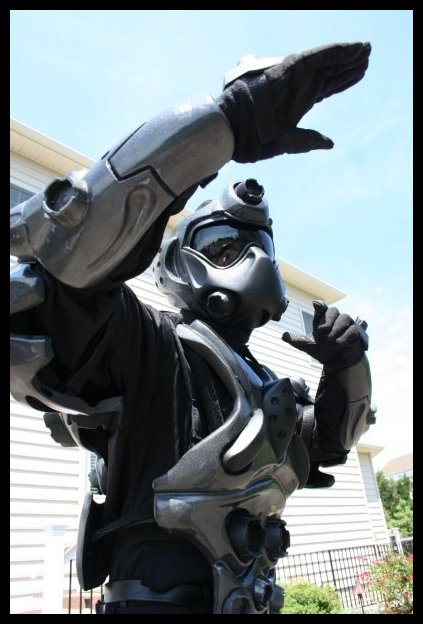 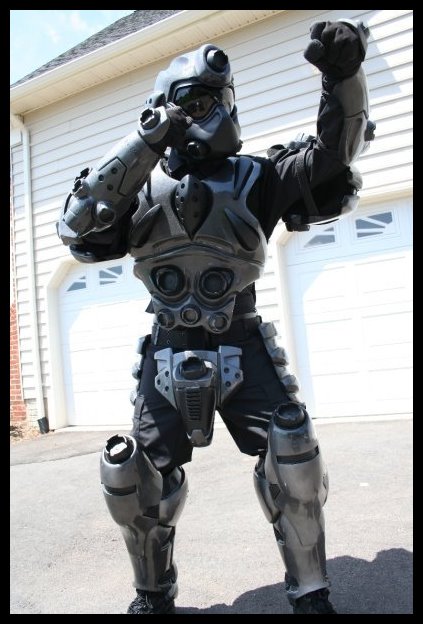 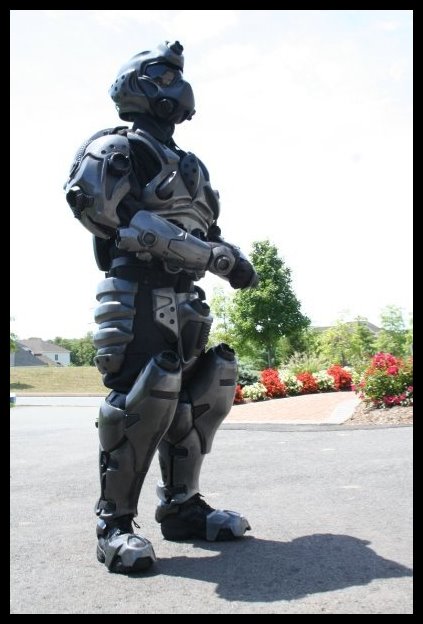 So there you have it! Pretty cool huh?

As promised(up top Ü)..Here is the letter that I recieved that promped me to put this page up.

My name is Philip Shaw. I am from Ashburn, VA. This past summer I worked with a friend of mine - Mr. Sid Garrand  from Georgia - who specializes in sculpting armor costumes out of a high-grade liquid polymer resin. Together we came up with this version of an original costume of his he calls the "Sky Suit". It is supposed to represent some kind of airborne soldier of the future. This suit was originally conceptualized by Sid Garrand in 2006, but over the summer I gave him some ideas to modify the color scheme to give it more of a "stealth" look. This particular suit took a couple weeks to manufacture out of his existing molds. Sid did the molding, assembling, and painting, and I just funded the project :) Here are some pics I took outside my house. You can see Sid's other professional-quality costumes at: