Popcorn and M&M's
by Kathy

Bag of Popcorn
by Dana

Popcorn and Soda
by Catherine 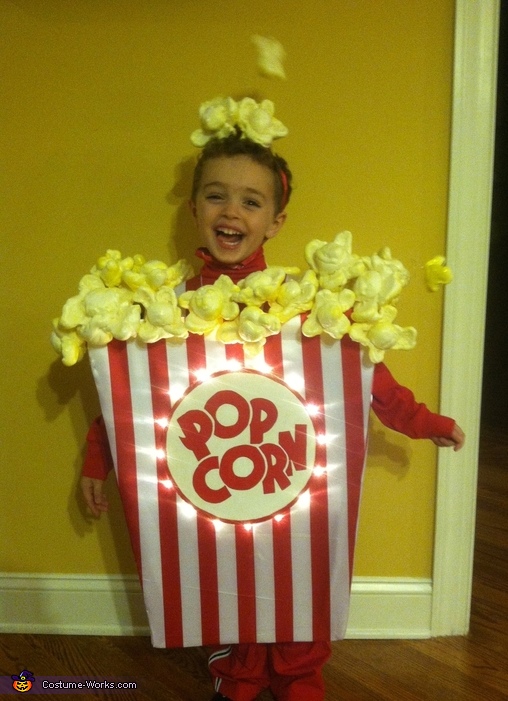 A word from Heather, the 'Popcorn' costume creator:

This is my 5 year old son, Jason.
He just LOVES popcorn!

The box was cut and formed into the shape of our liking. We sized up the material and hot glued it to the box. The wooden medallion was painted with a "popcorn" logo and glued onto the box. The LEDs were strung from the inside and hot glued around the medallion. The popcorn was made by wrapping cylinder objects with saram wrap (we used Clorox wipe containers!) and sprayed "X's" onto them. If you pop them off, they appear just like popcorn! They are then glued onto the box randomly. Jason is dressed in an existing red top and pants set that he had in his closet. This is a super-easy costume to make (total construction time was ONLY 5 hours done over a 2 week period after school). The cost was kept low by using printable online coupons.