Willy Wonka and Friends
by Benjamin 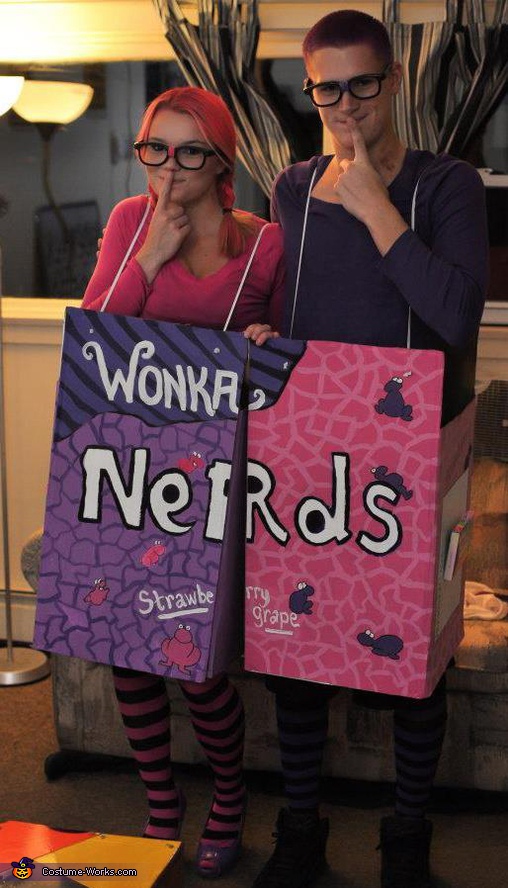 This homemade costume for couples entered our 2011 Halloween Costume Contest.

A word from Patience, the 'The Nerds' costume creator:

My boyfriend and I came up with this idea when we were eating the small candy box of nerds. We planned to each be a side of the nerds and then we came up with being actual nerds inside of the candy nerds. We started off with cardboard and did a white coat of paint for a base. We then drew the nerds design on each side of both the boxes and painted it all. It's a lot of work and time but in the end it definitely paid off! This costume was a huge hit!