Spaceballs! May the Schwartz be with you!
by Jamie 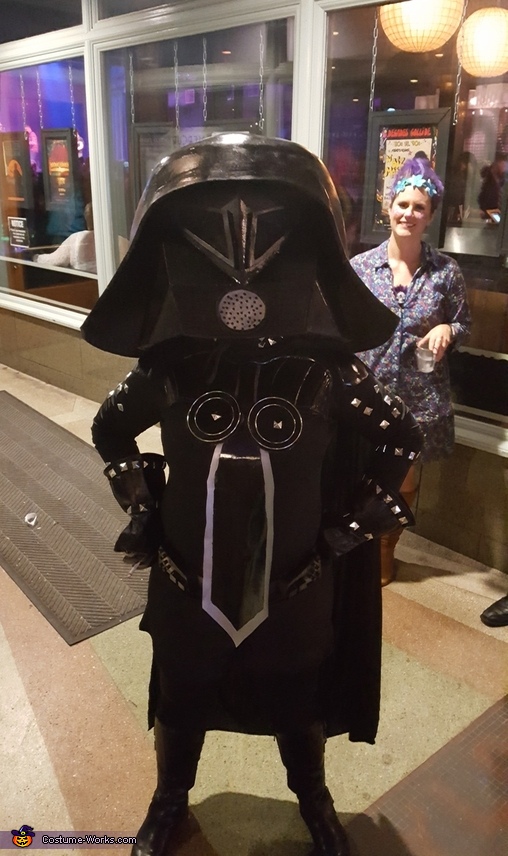 A word from Melinda, the 'Dark Helmet' costume creator:

I am 40 years old and never allowed to participate in Halloween growing up due to religious beliefs. So when I became an adult I dress up every year. This has been a dream costume as I have a quirky sense of humor and love anything Star wars, even spoofs such as Spaceballs. The helmet took 36 hours total made of E.V.A. foam, bike helmet, caulk, plastidip, and heart. The outfit was the. Same with 24 man hours. I hope you enjoy it as much as I did making it and wearing it. Also the mask retracts into the helmet just like the movie. Steps: printed a pattern, traced pattern on to paper as stencils, used stencils to trace on foam, cut foam, put together like a puzzle as there were several pieces. Used hot glue to attach.. Caulked gaps, sanded, added plastdip, several coats of both plastidip and high gloss spray paint. Attached a bike helmet inside with a handy man visors to make it retract inside. Mask was made by free hand with no pattern and molded like origami then attached to the visor.