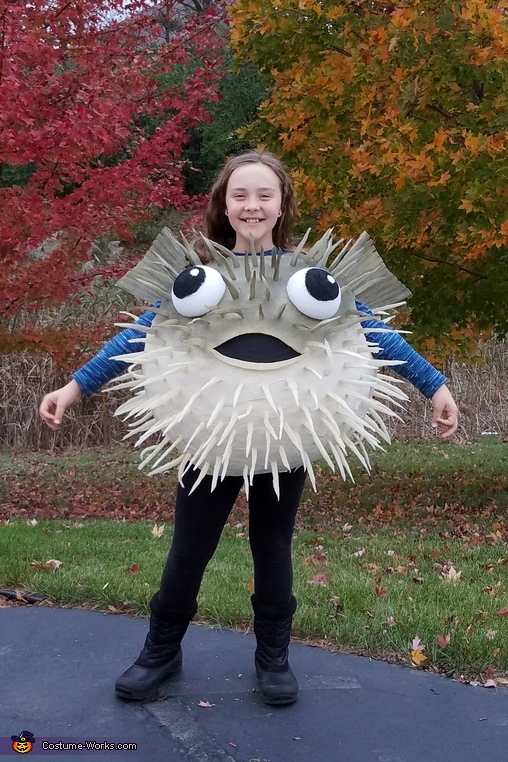 A word from Sara, the 'Spike the Pufferfish' costume creator:

My daughter has been obsessed with Puffer fish, so we knew we would need to be creative to make her a costume this Halloween! We started with 6 layers of papier mache over an exercise ball, cut out head and arm holes, then spray painted an off-white color. We hot glued on the spikes made of dense craft foam,then sprayed a darker color on the top half. We also added fins and the mouth made from foam, and eyes made out of Styrofoam. She named him Spike and had a blast wearing him for trick or treating!