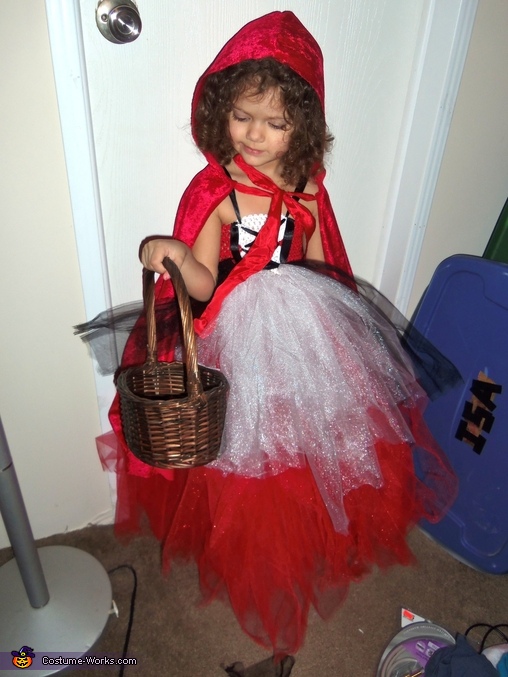 A word from Crystal, the 'Red Riding Hood and her Big Bad Wolf' costume creator:

For the hooded cape, I got some crushed red velvet material and folded it in half. I measured around my daughter's neck and measured a string half that lenght. Taking the string, I held one end firm against the folded corner of the material and a marker at the other end, then, pulling the string tight, moved it back and forth to make a semi-circle. Measure the lenght I wanted for the cape and did the same thing from the same point. I cut along those lines to make the cape. Next, I measured from the top of her head, to her collar bone and added 5 inches. I marked that measurement along the straight open edge of the material and drew a warped "D" shape. I sewed the top rounded edge of the "D" together to make the hood (leaving the bottom and the straight edge open), then sewed the bottom edge to the small semi-circle of the cape and added two ribbons at the front to tie it.