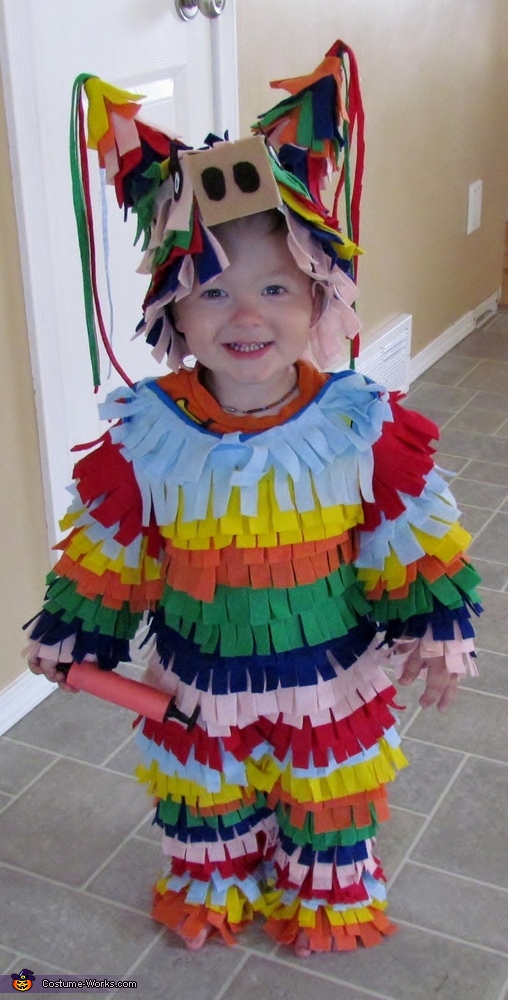 A word from Wendi, the 'Pinata' costume creator:

I made this for my 2 year old out of felt and pajamas. It took FOREVER lol. It's pretty straight forward just cut the felt pieces in strips and hot glue them on to the PJ's. The hat is made out of thick cardboards and more felt. The ears are just cones made out of thick paper. I got the idea from online but there are not too many photos or instructions.

Check out the video tutorial below on how to make a pinata costume.

How to make Pinata costume