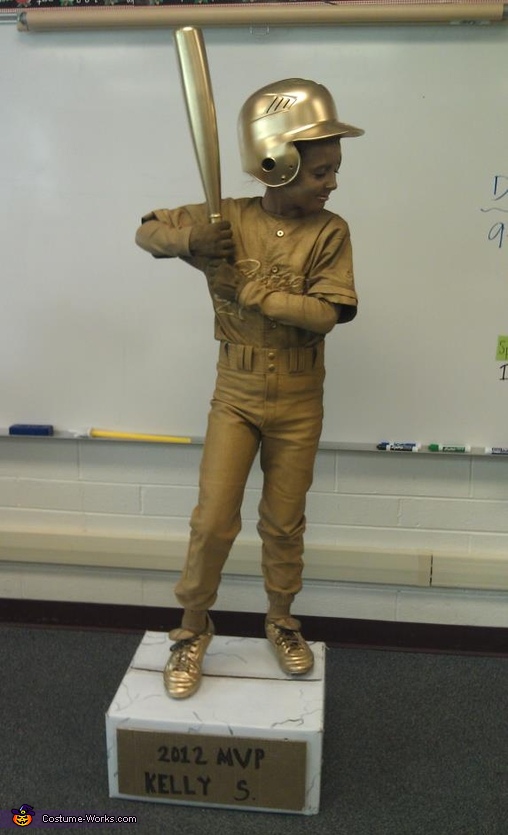 A word from Cara, the 'MVP Trophy' costume creator:

My daughter Kelly is wearing the costume. One night while we were at her Dad's softball game she turned to me and said she wanted to be a trophy for Halloween. I collected the sportswear from thrift stores and we bought Rustoleum Metallic Gold Spray paint to cover the clothing, bat, Helmet, shoes & gloves (took about 4 cans). Then for her makeup I bought Mehron Metallic gold body paint (washes off sooooo easy with soap and water). Her base was a frito lay box with a styrofoam support underneath it. My husband painted it white and marbleized it, then I made the trophy plate. This costume was a big hit!!!