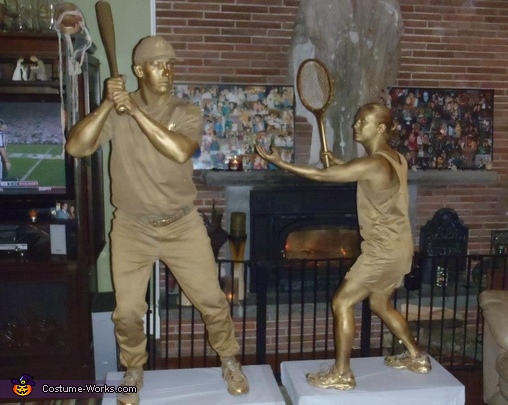 A word from Jill, the 'Trophies' costume creator:

My Husband James and myself are wearing the costumes. James is a physical education teacher, and his office is next to the trophy case. He thought it would be a clever idea. How-to Spray paint your clothes and get some professional body paint. It was pretty EASY!!!