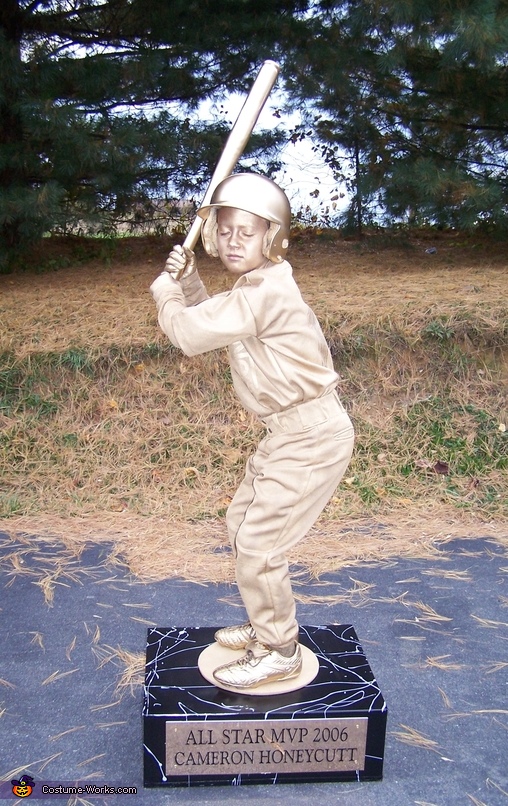 A word from Jennifer, the 'MVP Trophy' costume creator:

This is a homemade costume. My son Cameron is the living statue. I got the idea one year when I was in Vegas. we went to a Goodwell and found an old baseball uniform and painted all items gold and got gold face paint.... We made the base of the trophy from styrofoam, it took a lot of time but worth it...