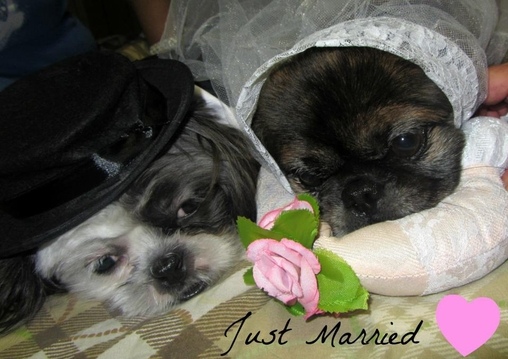 Molly and Patches thank you card

This homemade costume for pets entered our 2012 Halloween Costume Contest, in the Favorite Pet Costume nomination!

A word from Anthony, the 'Bride and Groom' costume creator:

Our dogs Molly and Patches recently decided to get married. The idea came from their uncle and aunt who recently got married. We bought the costume online and as soon as it got in the mail, we had them try it on. They were great about it and this picture is proof of that!!