Thing 1 and Thing 2
by Molly

Cat In The Hat Family
by Christine

Thing One & Thing Two
by Amanda 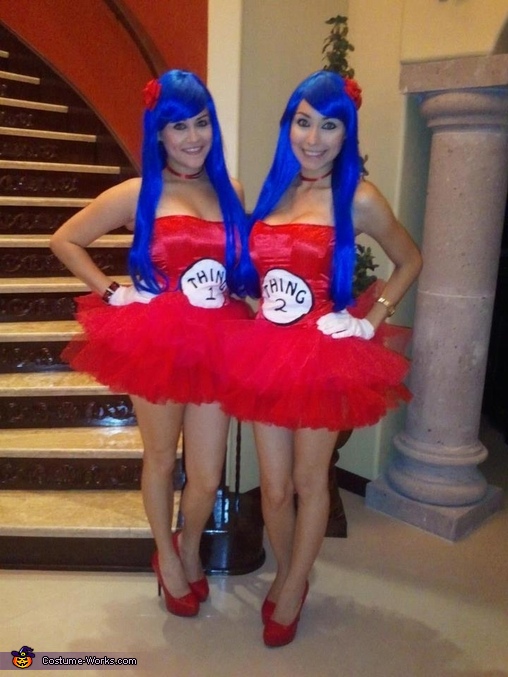 A word from Yamileth, the 'Thing 1 & Thing 2' costume creator:

Everyone wants to look and have a unique Halloween costume. My cousin and I got the idea of Thing 1 and Thing 2 from a family vacation to Universal Studios (Seuss Landing) in Florida. Thing 1 and Thing 2 are characters from Dr. Seuss and are twins which are mischievous and always side by side. Since we had never seen someone dress up like this in Halloween, we decided to custom make it. We wanted something sexy and outrageous and we did it!!..

The most expensive thing about our costume was the wig, because we wanted a more natural look. The tutus were homemade as well as the letters & numbers, and the corset we bought it online. We bought iron paper for shirts, since we wanted the exact same font we printed the original font on the characters and then trace them onto the iron paper.(the black and white material is just regular fabric we found) We then ironed the letters to the fabric and sewed it onto the corset. The gloves we already had them and the bow were from a little niece:)