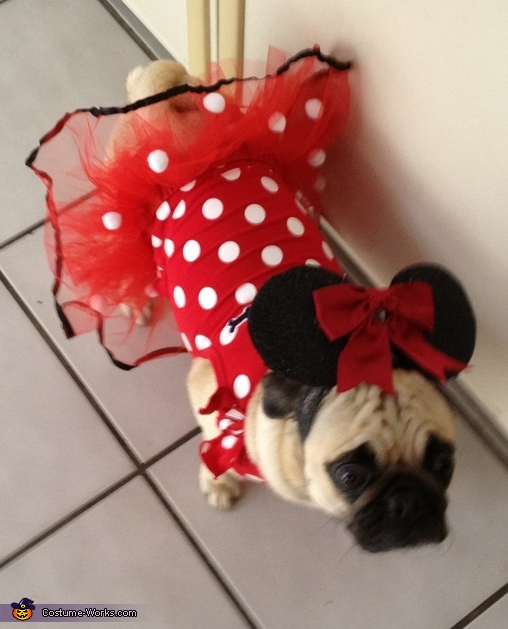 A word from Ashley, the 'Minnie Mouse' costume creator:

My pug Molly is wearing a homemade minnie mouse costume. This was inspired from 2 disney ornaments we have. The bodysuit is from a baby clothes store and I cut to the sleeves in half to make bows on them. The tutu was from a halloween store which i had to cut the bottom layer because it was too long and I glued white pom-pom balls on it. The head peice is cardboard ears covered with felt and a bow made from ribbon all secured around her head. Molly loves to get dressed up for halloween and sit outsidewhile we pass out candy in her costume!