The Costume you see here is one that will be quite a challenge for anyone who is daring enough to try it. It DID win first place in my 2008 Homemade Halloween Costume Contest... HOWEVER! I did NOT put it first for fear of scaring people off due to the difficulty level of the project. I'd say it would likely be a Costume more for an ADULT than for a child... the creating AND the wearing may get quite tedious. Whomever takes on this project must be patient, committed, and willing to carry through once they begin. Have fun and GOOD LUCK!

Brought to you by a young man who is in our Military...
This is Austin ...as REPTILEMAN! 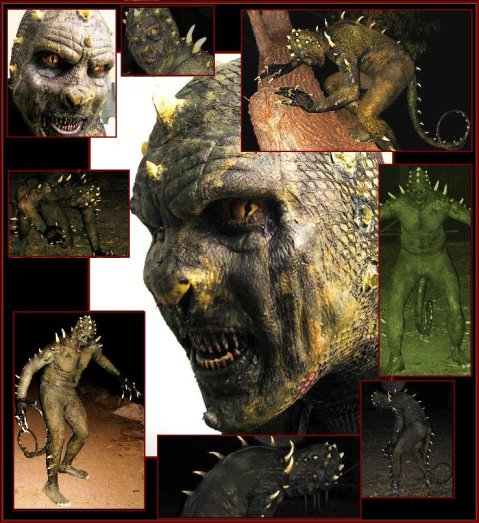 I came up with the idea while stationed over in Afghanistan with some extra time on my hands. I've always been a big fan of Halloween and wanted to create something that went beyond your typical costume.

Instructions on how to make it? It's not for the faint hearted... Start by shaving your entire body, head to toe. Pull on some tight biker shorts. Duct tape horns all over body (the horns were premade and painted out of a light clay). Next, apply about a gallon of liquid latex (this covers up the duct tape), followed by body paint, followed by a layer of fishnet tights, shirt, head, gloves, etc. Apply the facial piece, horns (on the head), stick in some contacts (sclera contacts are what I used, which are about the size of a quarter, so be prepared for some, uh, discomfort...), glue in the teeth, stick on the fingers/feet, and attach the tail. Total prep time? About 12 hours. Get started early.

The pics below are Austin, in the process of becoming The Reptileman: 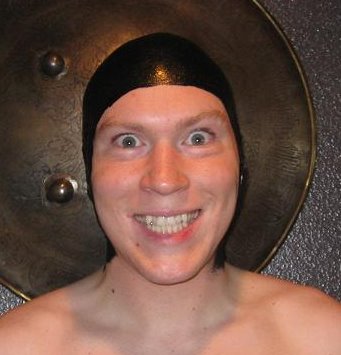 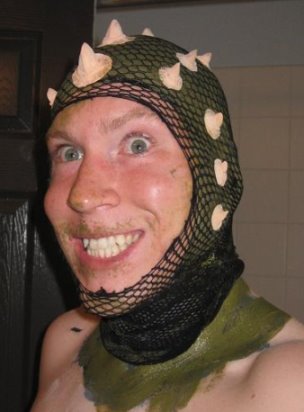 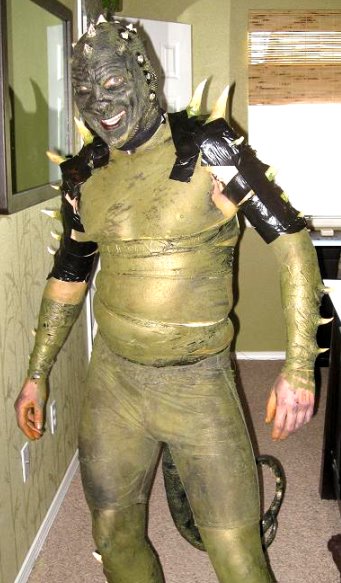 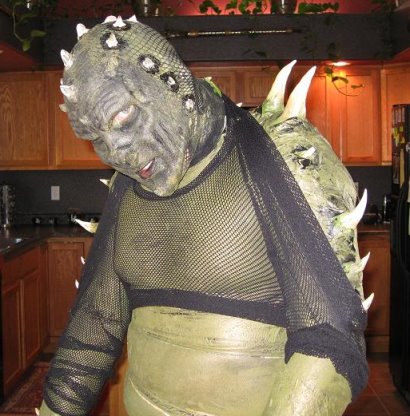 SO! There it is my friends. It sure seems like Austin had a good time making the Reptileman. It sure looks like a LOT of work though doesn't it? BUT! When you look at the picture of the finished Costume...you can see that all of the work turned into an AWESOME Costume.

Again Austin, Thanks SO much for sharing this!!!

Thinking of Costumes of the sort above... I can imagine many different costumes that might be molded from Liquid Latex. Ü

If you don't have the time or the inclination to MAKE a costume this year. If you've thought about it, but your heart, for whatever reason, JUST isn't in it... You can probably purchase a costume of the type you were planning to make... and maybe even for about the same as you might spend on the materials to MAKE a costume.
On the other hand, you may look around and spot a Costume that changes your Costume plans completely.