Russell and Carl Fredrickson from Disney's Up
by Alaina

Carl Fredricksen and Russell from Up
by Amy 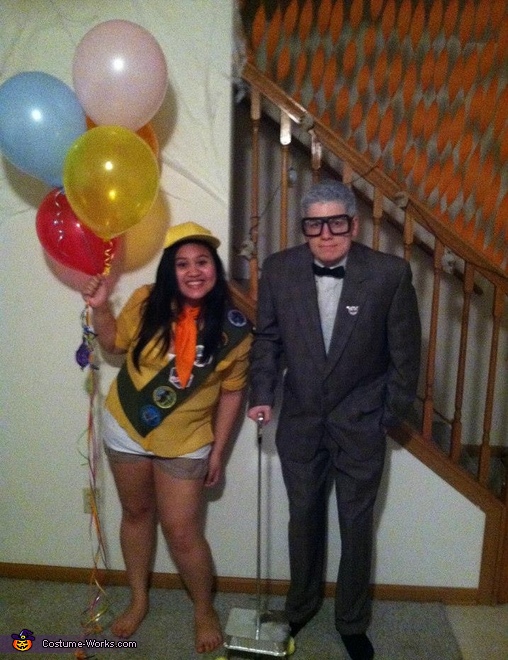 Nikki and John as Russell and Carl from the movie UP.

A word from John, the 'Carl and Russell from the movie UP' costume creator:

This is Nikki dressed up like Russell and John dressed up as Carl from the movie UP. The idea came to me when, me and Nikki decided to have corresponding costumes. The Carl costume is mostly a suite from Goodwill. We painted a bottle top for his badge. His cane is made out of a golf club, a cooking tin, shiny plastic silverware, and tennis balls. I also had to spray my hair white and get big glasses. The final cost of Carl's costume was $26.

For the Russell costume we used clothes she already had, my old boy scout sash, got some balloons, and then we just cut the scarf out of orange fabric. This final cost of Russell's costume was $31.