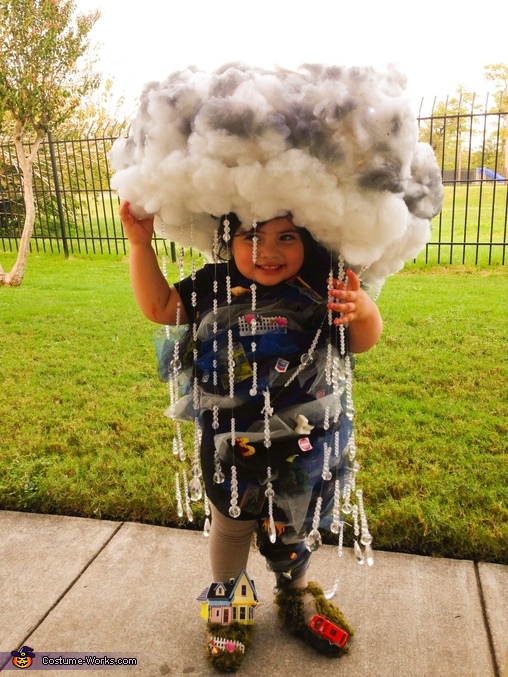 This homemade costume for girls entered our 2013 Halloween Costume Contest, in the Best Children's Costume nomination!

A word from Lori, the 'Twister Tornado' costume creator:

My daughter Penelope is a Twister Tornado. She is wearing a cloud hat complete with lighting and plane flying through, with clear bead rain falling, Her costume is made of tulle, and flying in the tornado is doll house items, street sigs, cars, trees and other items. At the bottom in a white picket fence with a house. On the other foot is a Storm chaser chasing the tornado. We got this idea from watching a tornado documentry and because my daughter is very intrested in the weather at the moment.