“The Joker” from Suicide Squad Costume 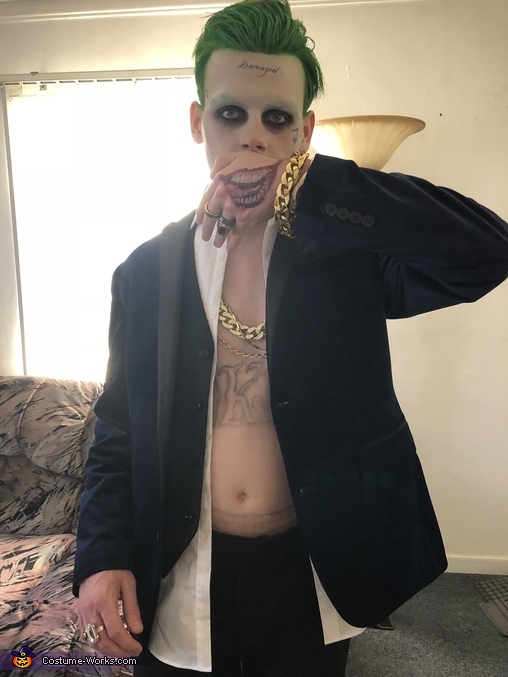 “The Joker” from Suicide Squad Costume

A word from Kylan, the 'The Joker from Suicide Squad' costume creator:

My name is Kylan Simpson. I’m a 27-year-old guy from Ventura County, California and a huge fan of the movie Suicide Squad, in particular “The Joker”. His character played by Jared Leto was the inspiration behind my costume for Halloween 2018. I bought my clothing for the costume at Macy’s, as the Joker dresses in formal attire in the movie. I paid particular attention to detail in the character’s tattoos and jewelry that he wears, as well as his mannerisms. This costume was so fun to go out for a night at the Hollywood Halloween Carnaval. I like that it is a unique look, yet you can dress nice to go out to the club. The makeup and hair was so exciting and playful for this look. I used Sally Beauty’s Beyond The Zone “Zoner Green” temporary hair color spray and MAC cosmetics for the makeup. I loved how you could go heavy on the eyes to create that dramatic “haven’t slept in days” look. I beliece