For those of you who may not be familiar with Steampunk costumes, they are created to represent the period of time when society was steam-powered. Most commonly you'll find them styled like the American West or Victorian England. They can take many shapes such as practical or fantastic and informal or formal, but most include a set of goggles that also help to incorporate other sci-fi origins, as well.

Many enthusiasts pride themselves on their exemplary steampunk costumes. This has helped to push the steampunk sub-culture into mainstream popularity. Coming up with your own steampunk costume idea can be overwhelming or expensive. However, if you try hard enough you can create a costume that is basic, but yet workable. Here are some ideas to help you along the way. 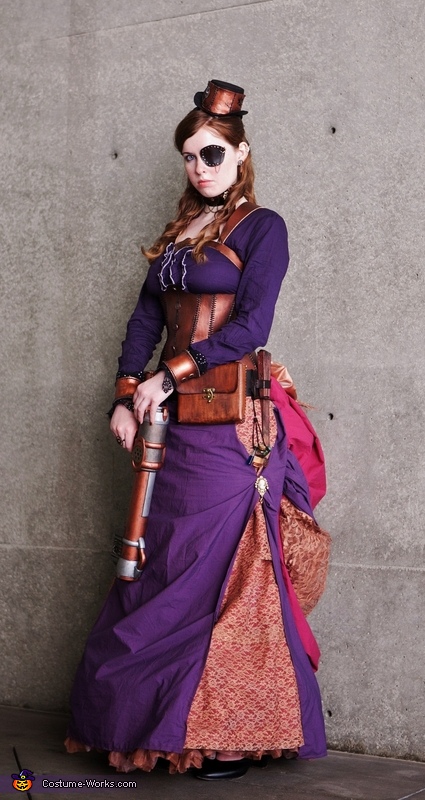 Steampunk Assassin
Sent in by Emily to our 2012 costume contest 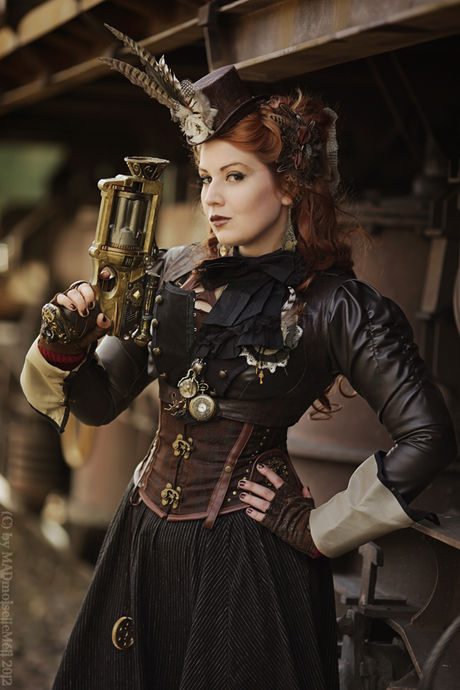 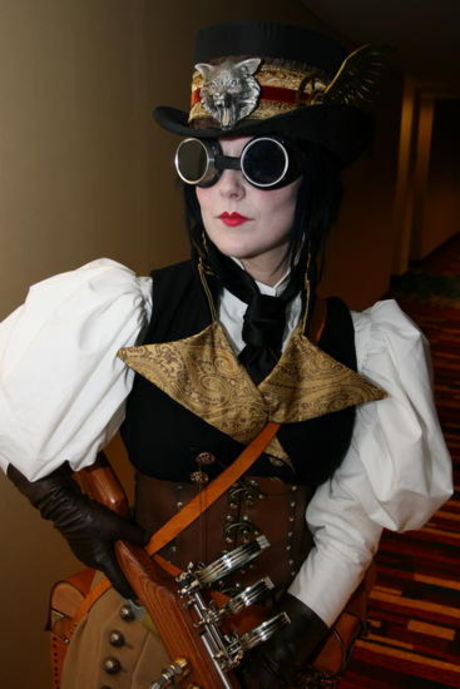 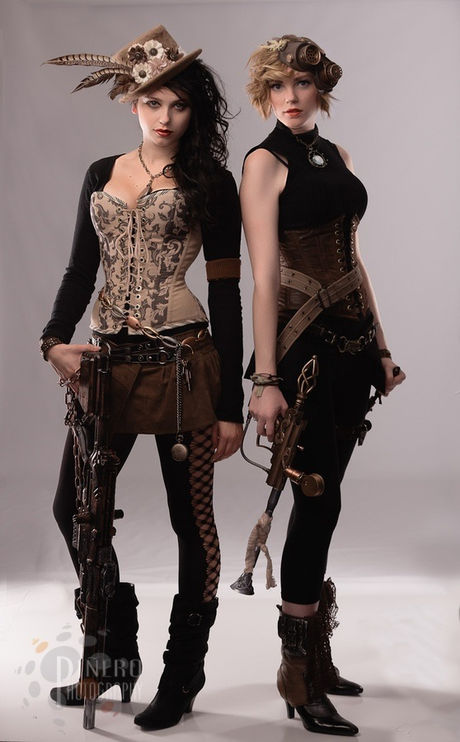 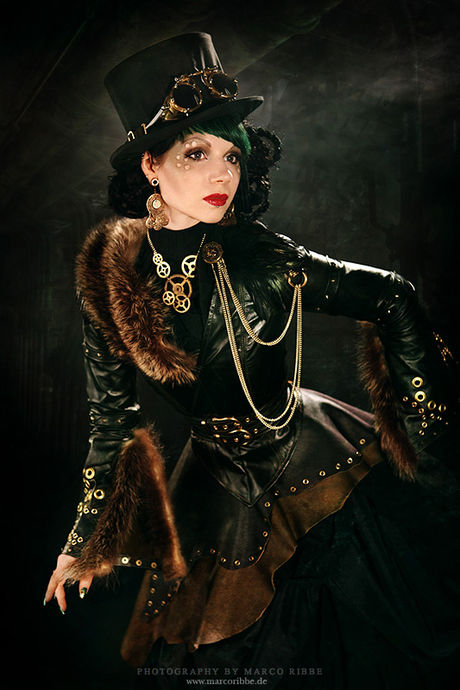 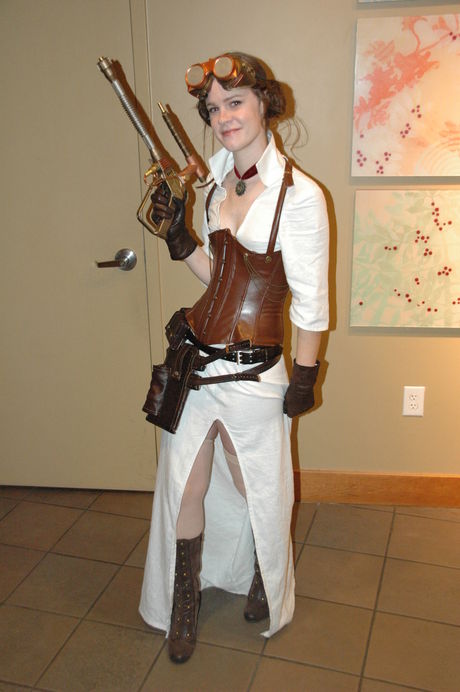 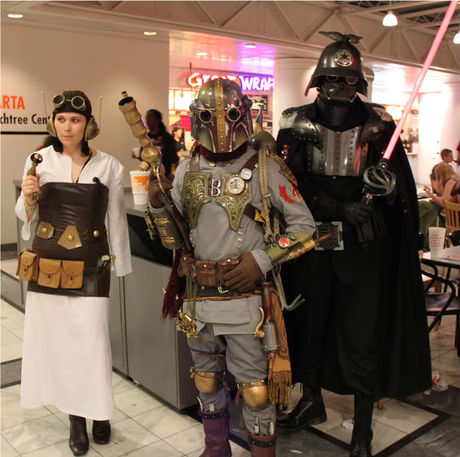 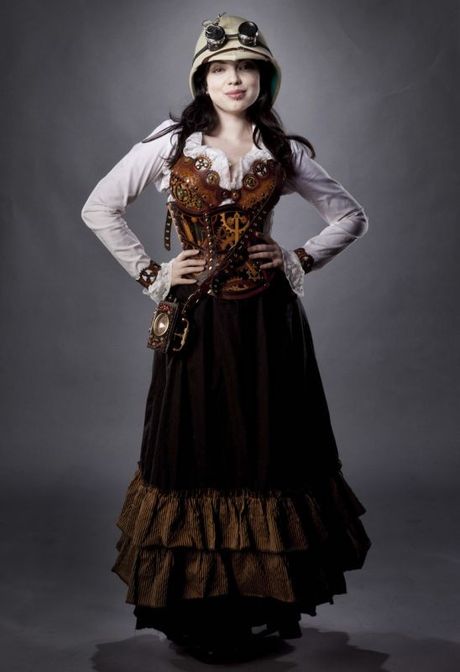 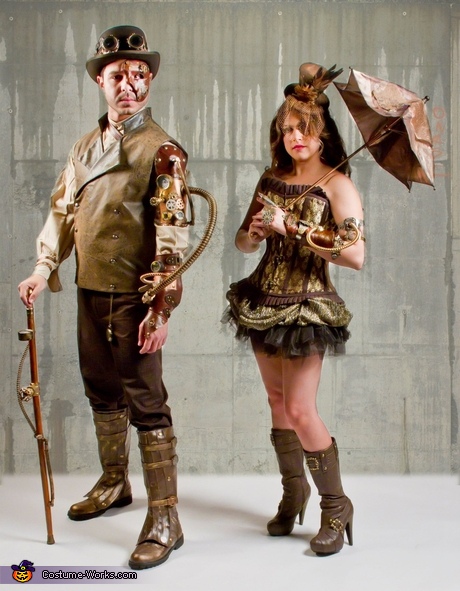 Steampunk
Sent in by Daniel to our 2012 costume contest 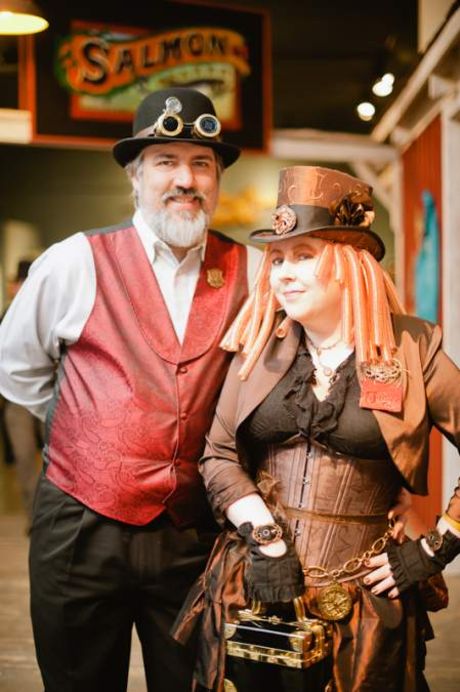 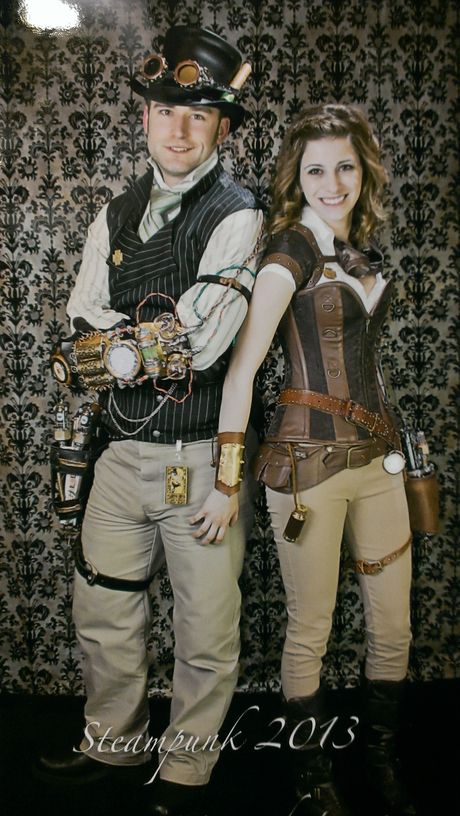 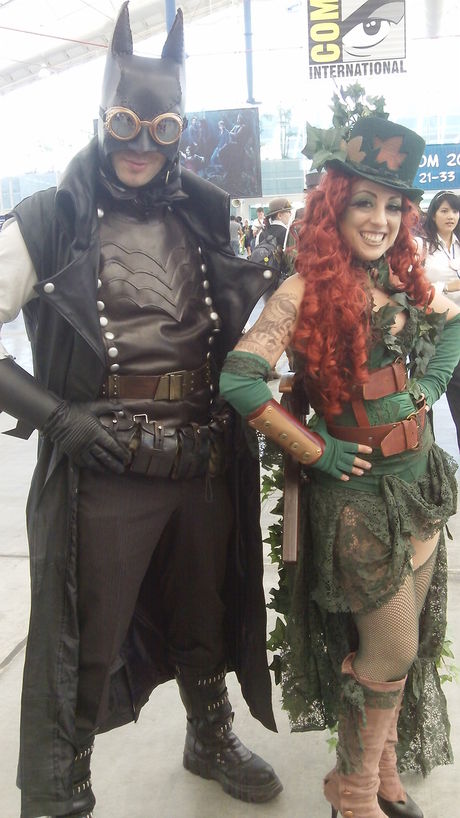 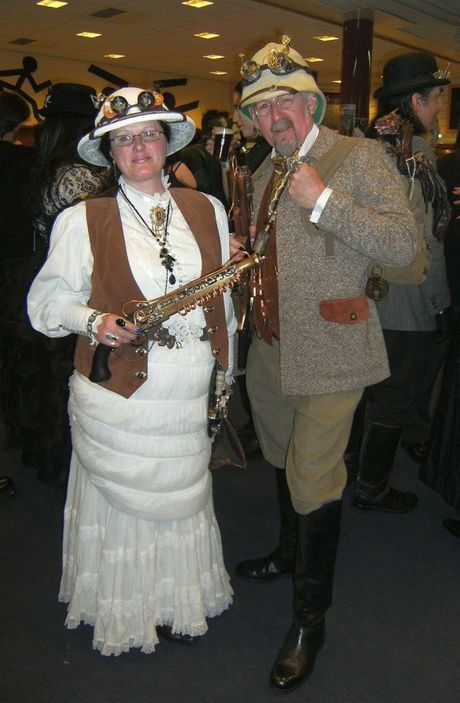 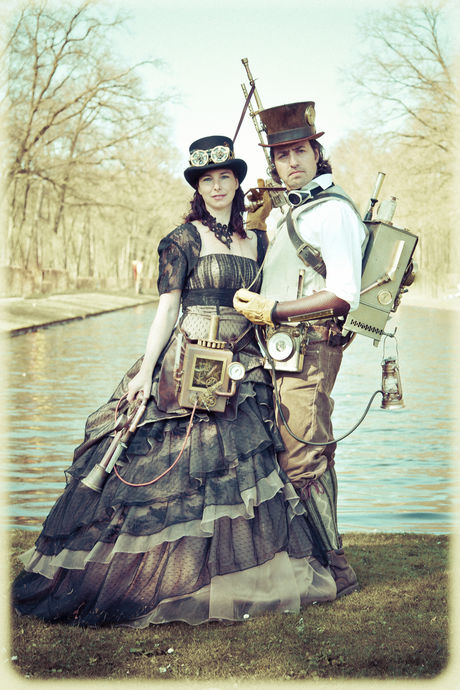 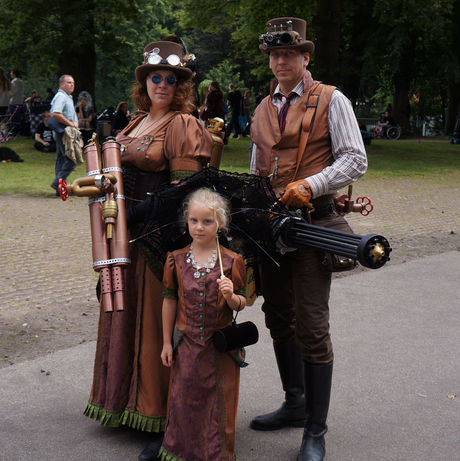 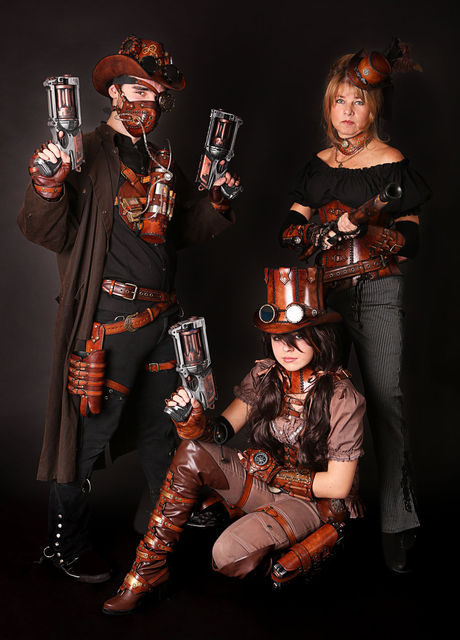 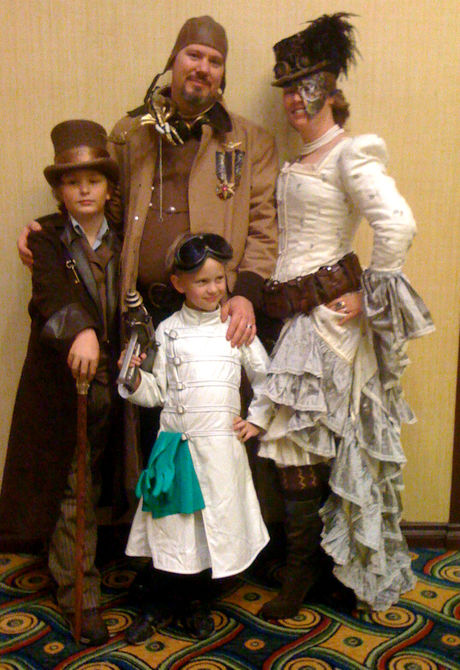 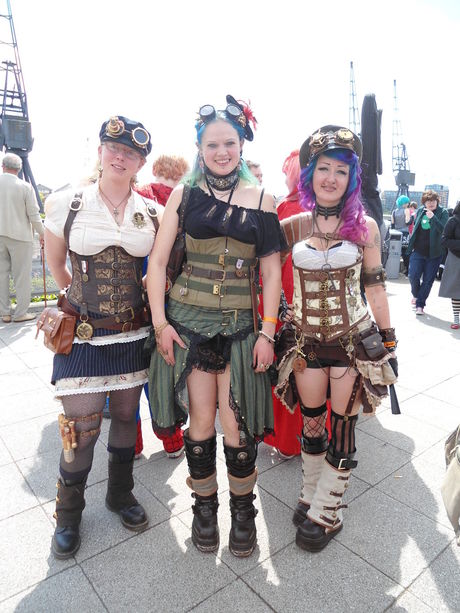 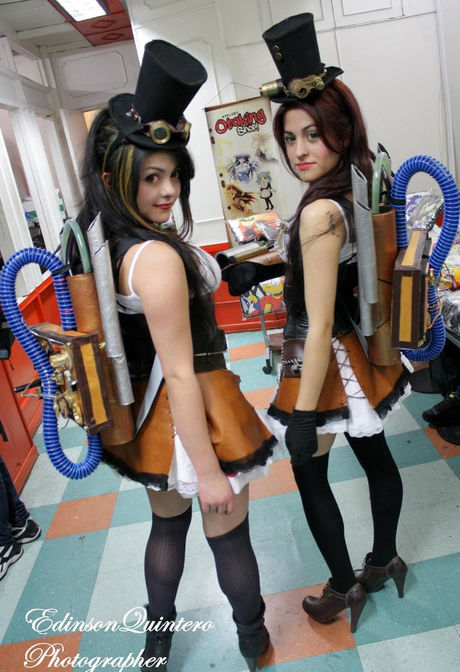 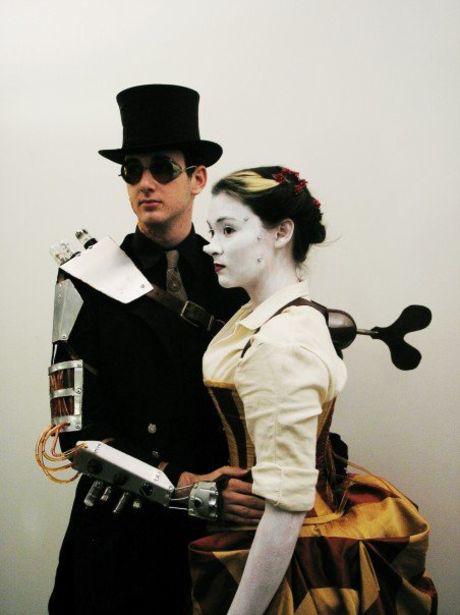 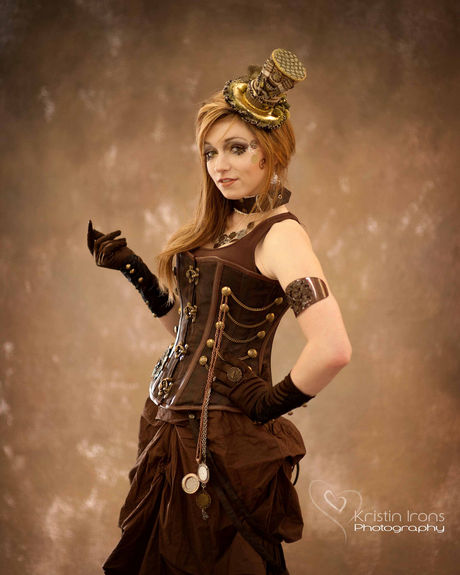 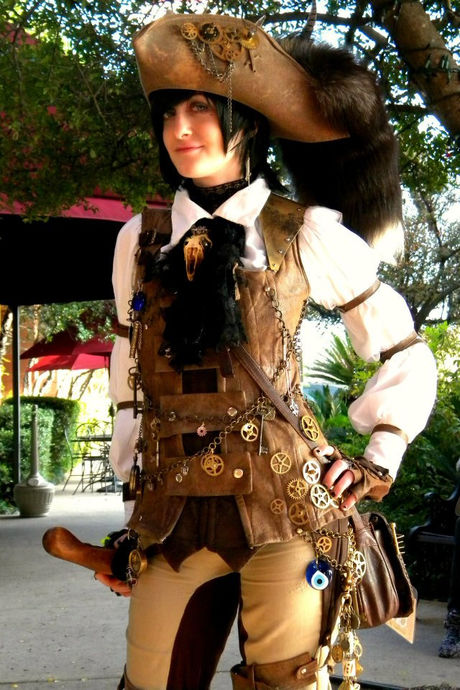 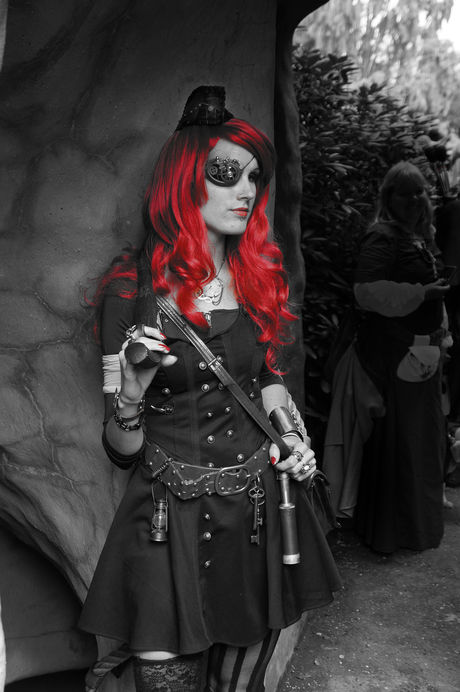 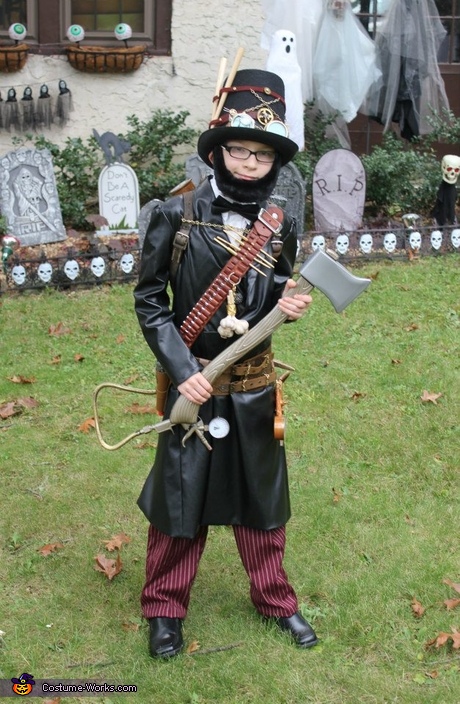 Abraham Lincoln, Steampunk Vampire Hunter
Sent in by Karen to our 2012 costume contest 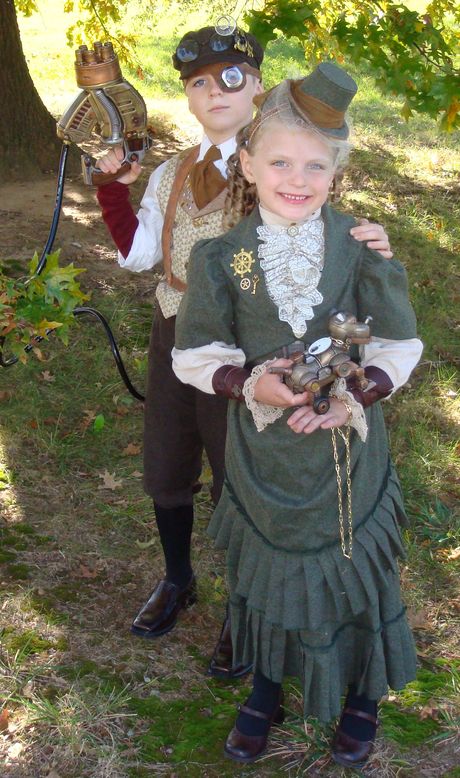 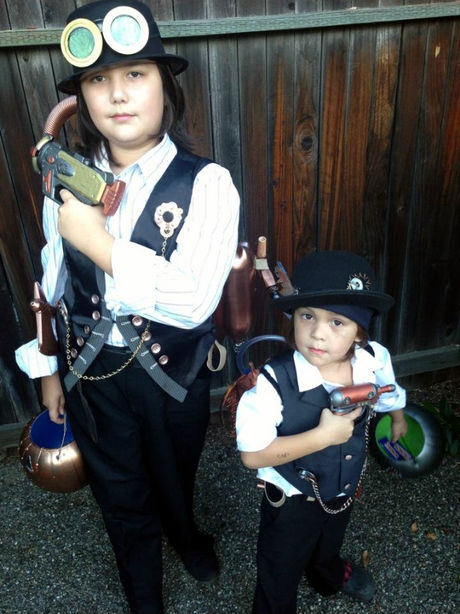 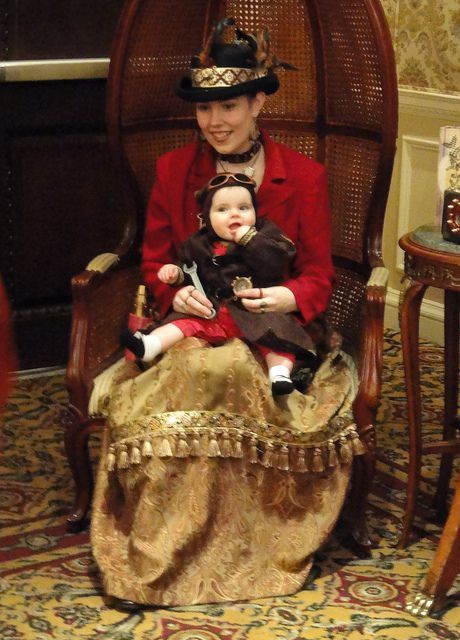 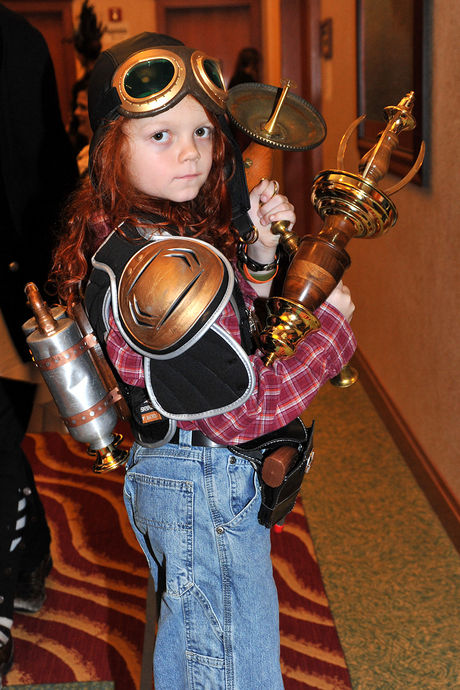 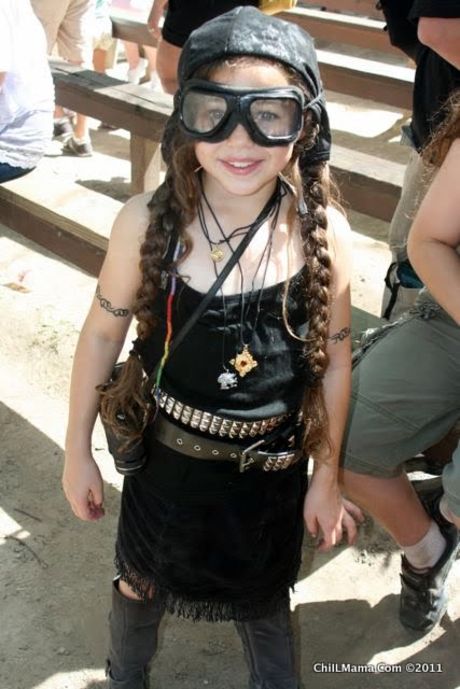 Complete costumes can be created for usually anywhere between $125 and $700. This number will greatly vary depending on the kinds of clothes you already own. For example, if a man owns a morning suit, that may leave him with only a monocle, pocket watch, and top hat to purchase.

When deciding the budget for this type of costume, it's important to be aware that between half and three-quarters of that budget will be spent on the large costume piece like the suit, corset, or dress. Just keep in mind that your entire costume doesn't have to be over-the-top, but make sure at least one large piece of the costume is discernible as Victorian or steampunk.

One thing you can do is locate inexpensive costume pieces at retail and thrift stores alike. Just remember to keep aesthetics in mind. Some examples of great pieces you may find are:

In the end, simple costumes are just as respected as the more elaborate ones. As you gain more experience creating costumes you will find great new ways to make them more unique, while still reflecting your intended purpose.

See also: How to Make a Steampunk Costume