Belial The Demon
by David 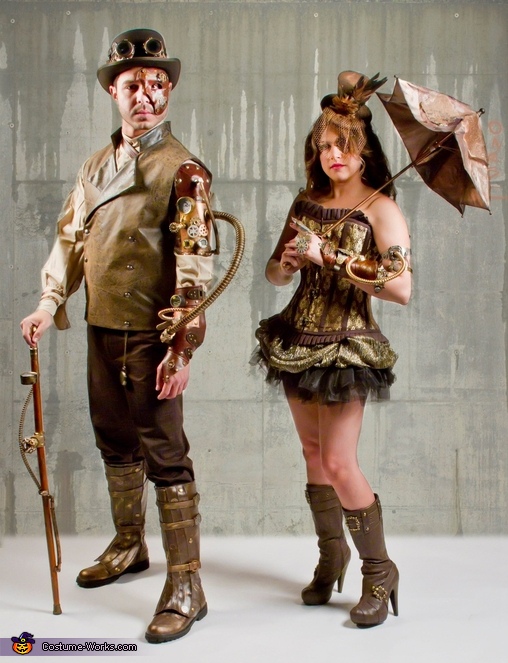 My girlfriend and I as a Steampunk couple

A word from Daniel, the 'Steampunk' costume creator:

My girlfriend and I decided to go in the style of Steampunk.

What is Steampunk?
Steampunk is a sub-genre of science fiction therefore, steampunk works are often set in an alternate history of the 19th century's British Victorian era or American "Wild West", in a post-apocalyptic future during which steam power has regained mainstream usage, or in a fantasy world that similarly employs steam power.

We hand crafted all accessory pieces from hand. The leather mask was created by using a heat gun and stretching it over a plastic mask cut for the shape of my face. All rivets were placed one by one. The cane and umbrella were hand made and painted using Rub N' Buff. Leather arm was sewn together and accessorized with random pieces of conduit pipe and gears and plumbing fixtures. Vest was custom sewn.