The Borg: Queen and Locutus Costume 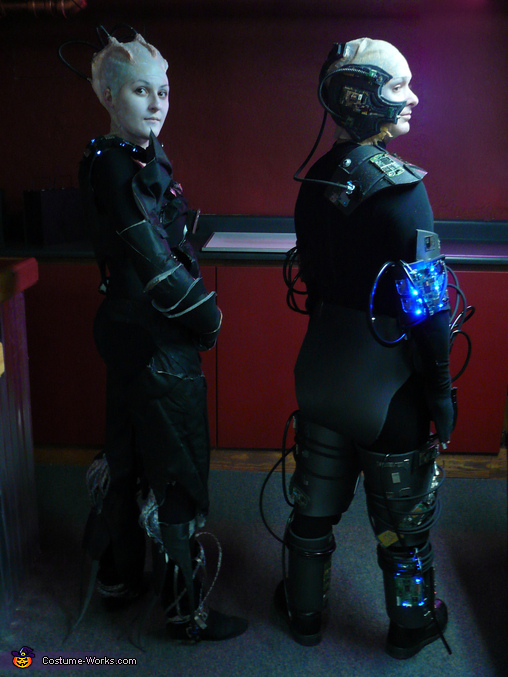 The Borg (Queen and Locutus)

A word from Calley, the 'Queen and Locutus' costume creator:

These costumes were worn by my boyfriend and I, and I can tell you I learned so much while making these costumes. Things I thought were going to be easy and quick, were anything but that. I started out making the Queen with a foam that is typically used as chair stuffing, and found that it would stretch incredibly easy. I took it in about 4 or 5 times before realizing it was just going to do it's own thing. So I added fabric to the back side of it, and the top side of it, (like an oreo almost), and found that it would hold... mostly. We had broken cellphone mother boards donated to us from a local fix it store, and used those for bits and pieces. The Queen headpiece was made from liquid latex and tissue paper (with a little hot glue on top to give it volume), and some straws for the transmitter part. Locutus' head piece was made from a different type of foam, and some motherboards. His actually lights up, just like the Star Trek show. :)