Oscar the Not-so-Grouchy Grouch
by Tyler

Oscar the Grouch
by Amber

Oscar the Grouch
by Rose 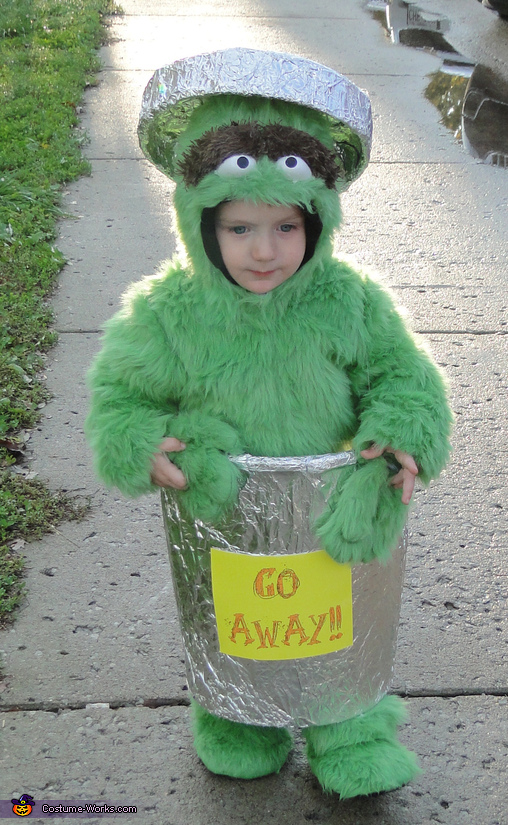 Oscar making his way down the sidewalk

A word from Tracy, the 'Oscar The Grouch' costume creator:

My two year old son, Graidyn went dressed as Oscar the Grouch for 2013 Halloween. I was determined to make the costume after seeing the idea on Pinterest, but not being able to find specific instructions on how to make it. He was a champ, and wore the costume all night long!