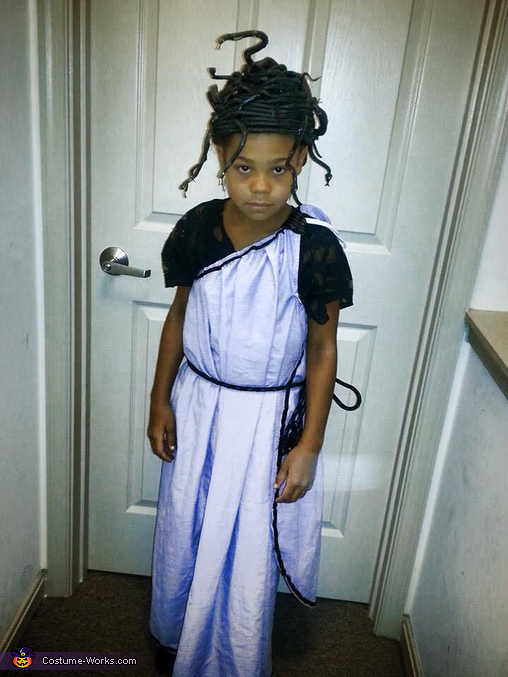 Such a menacing stare!!!

A word from Jenica, the 'Medusa' costume creator:

This year my niece called me up and asked if I could make her a Medusa costume. I used the costume tips given by Jill T. for her son's awesome Medusa costume. I think it turned out great and my niece was totally thrilled with it. She's out trick or treating as I type this!