Spunky & Sparkle the Clowns
by Marlyn 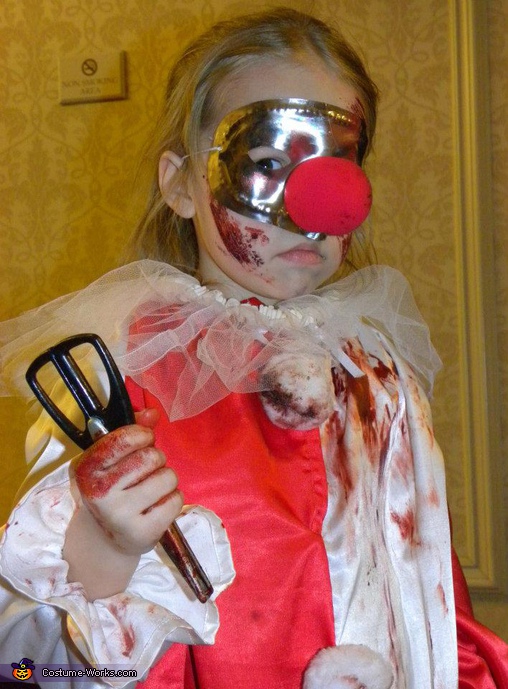 A word from Leeanna, the 'Jamie Lloyd' costume creator:

Jaylynn is wearing the costume. The idea came from Jaylynn herself she is a huge Danielle Harris fan who is the actress who plays the Jamie character. It took me 2 years of looking for this costume before i just baught the material myself and had someone make the clown costume. I then made the costume look dirty by actual throwing dirt on it then putting fake movie blood on it. I got the mask at a Horror Film Convention we went to a few years ago. When I put the fake blood on her face I used a pen cap to make it look more like scratches.