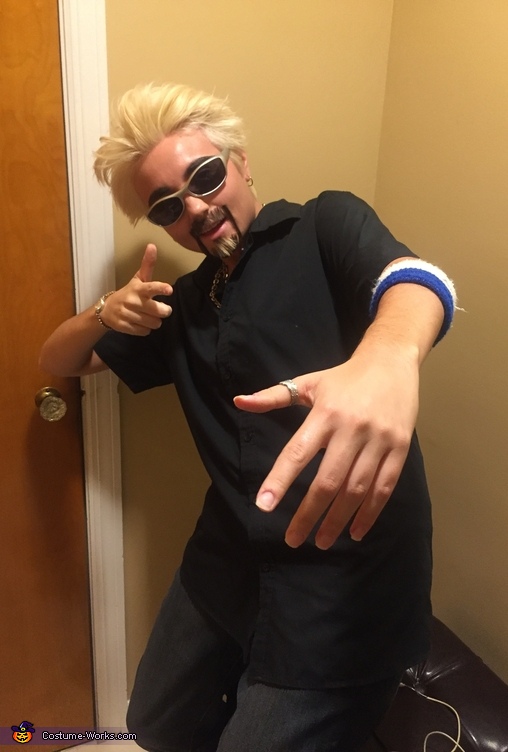 A word from Megan, the 'Guy Fieri' costume creator:

22 year old female college student had a pixie cut for the first time in her life... so she decided to bleach it blonde, glue on a goatee and become America’s favorite Guy Fieri.

The best thing about her costume was her Fieri-like mannerisms throughout the night and that her blonde, spiky hair was her own! The costume was complete with small, hoop earrings, a sweat band and a gold chain identical to what Fieri wears himself.

Megan loves Halloween and loves to top her costume from the previous year. Some of her favorite costumes include Mia from Princess Diaries, Elliot from E.T. & Sarah Palin. Megan thinks it’s best to go to the thrift store and let your imagination run wild when it comes to crafting the perfect Halloween costume!