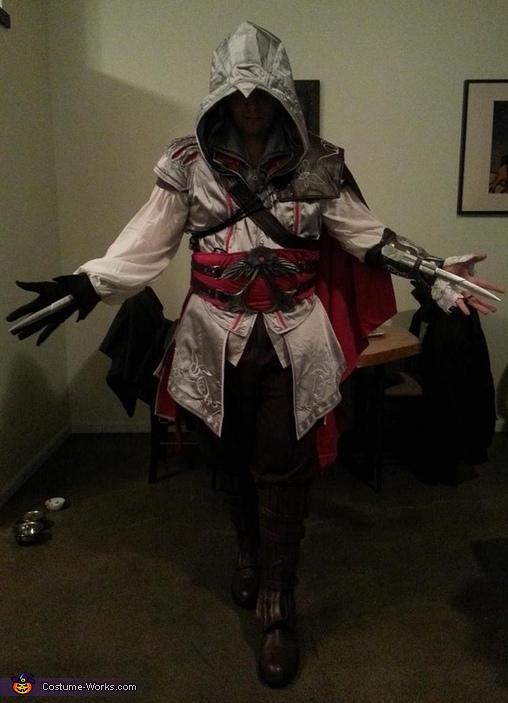 Me and the image my costume is based on.

The character is Ezio Auditore Da Firenze, specifically the model from Assassin's Creed II. The Blades on both arms retract, lock in and spring out. The emblem on the belt sash is custom resin cast. The picture on the right is some promotional artwork from the game's release, and I'm not sure, but it looks like this image uploader may be cropping the image, so I've also uploaded it here: https://imgur.com/a/NiOc6/rearrange I took the costume out to the midnight release of Assassin's Creed III, pictures of the event will be posted at Blackbeltbeads.com later today, 10/30/2012