Wall-E and Eve
by Chris

Eve from Wall-E
by Jean 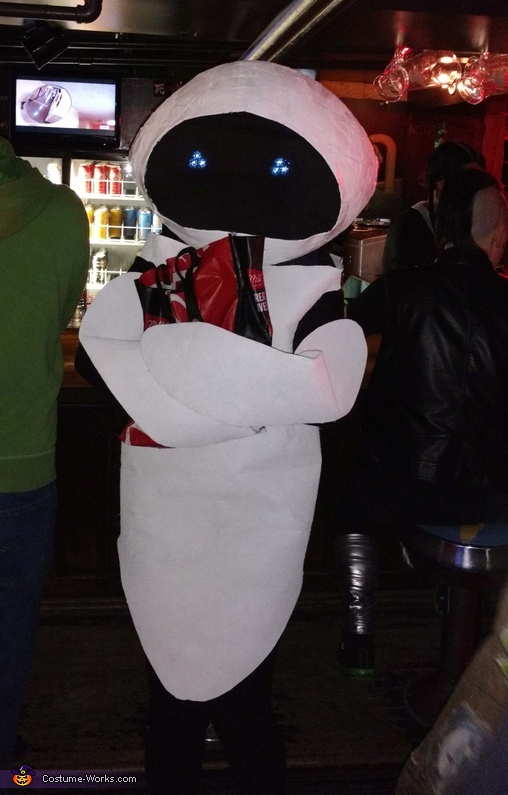 Black 'jeggings' allow Eve to float and yet feel supported

A word from Amanda, the 'Eve from Wall-E' costume creator:

Eve has been on my list for a few years, but I initially put it off due to the level of difficulty. After creating a Kodos from fabric and dollar store items in 2013, I felt ready to tackle another tricky costume this year. Overall it took about 5 nights- sometimes until 3am and half a day of finishing touches.
The costume consists of:
Headpiece: a massive balloon, two layers of paper mache, one layer of cloth from an old sheet, a whole bottle of Mod Podge Matte and a bottle of regular glue in a panic when I ran out
Eyes: portable LED lights and three layers of blue sequined fabric until I felt the eyes of innocent people talking to me would be safe, armature wire to secure the eyes from inside the headpiece
Body / wings : Grey stiffened felt cut, sewn and glue gunned into a body and separate wings, spray painted three times and eventually a layer of white acrylic applied with a roller and grunts at the 11th hour