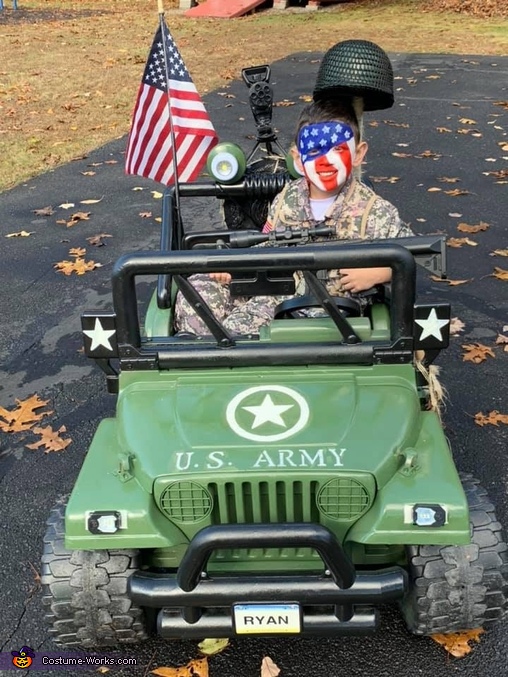 A word from Joe, the 'Army Soldier' costume creator:

My son - ryan who is 4 years old and loves army soldier, loves to play army men. So we came up with the idea of him wearing a store bought costume but my wife repaired it s little bit, sewed his name using a sharpie and stencil, sewed US Army Name. And we re- painted his army jeep, mounted his Gatling gun toy, put some helmet and my wife painted his face with American flag design and tada! My little Army soldier.