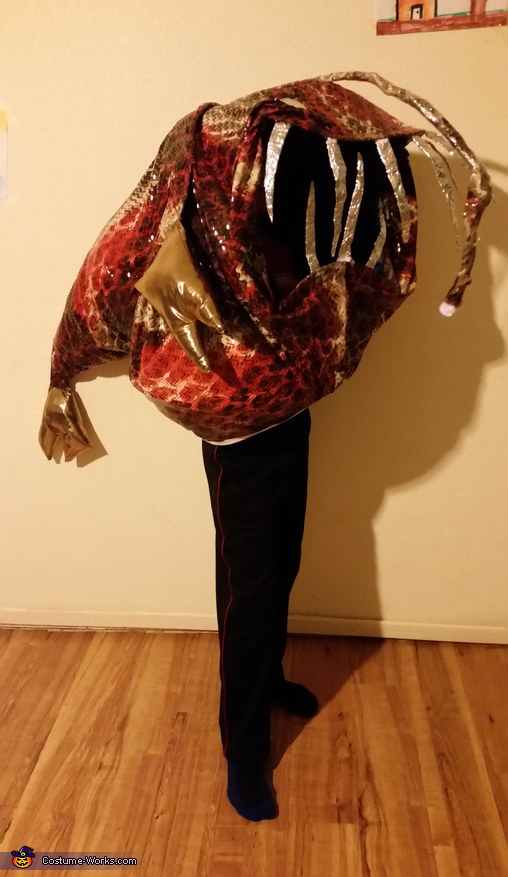 A word from Genia, the 'Angler Fish' costume creator:

Here is my son, the Angler Fish (original fish, not the character from movie). He wants to be a scientist, reads a lot of books and makes his own research. He wanted to be an Angler Fish because he finds it one of the most amazing creatures of the ocean. He has a functioning light bulb for attracting pray (candy). This costume has unexpected advantage. He could secretly take candy inside costume or actually eat it , and get fatter and bigger Angler Fish.
I made the costume myself. I bought fabrics from Jo Ann Fabrics, got a "go through tunnel" expandable toy, modified it to form a body of fish, and covered it with fabric. The tail and fins are filled with polyester. The angler part is made from simple plastic rod (from Home Depot) with functioning LED light bulb attached to it. The teeth are made from felt covered with aluminum foil.
My son has a blast inside this costume! He is the happiest fish which ever roamed the Earth! He looks very funny when he runs in this costume!