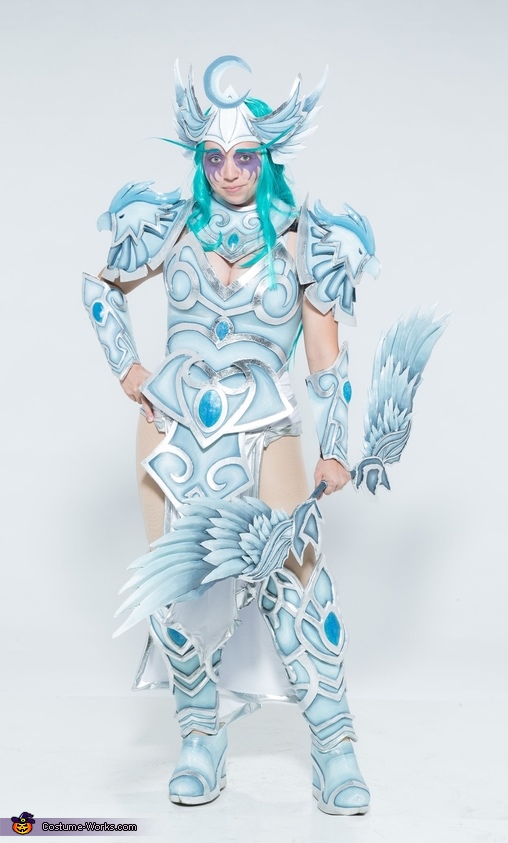 Tyrande Whisperwind from World of Warcraft

A word from Deseree, the 'Tyrande Whisperwind from World of Warcraft' costume creator:

I play World of Warcraft and I wanted to make an elaborate costume based on the character of Tyrande Whisperwind. I made this costume entirely by hand using EVA craft foam, acrylic paints, metallic silver leaf, silver lycra fabric and white spandex, PVC pipe, and epoxy resin with battery operated LEDs behind the jewels to make them light up in the dark.

I designed the patterns by comparing lots of photos of the character, transferred my patterns onto the craft foam, cut the pieces out, and then used a heat gun to form the pieces into the correct shapes after gluing everything together. Then I painted each piece entirely by hand (no airbrushing was used) and sealed it.