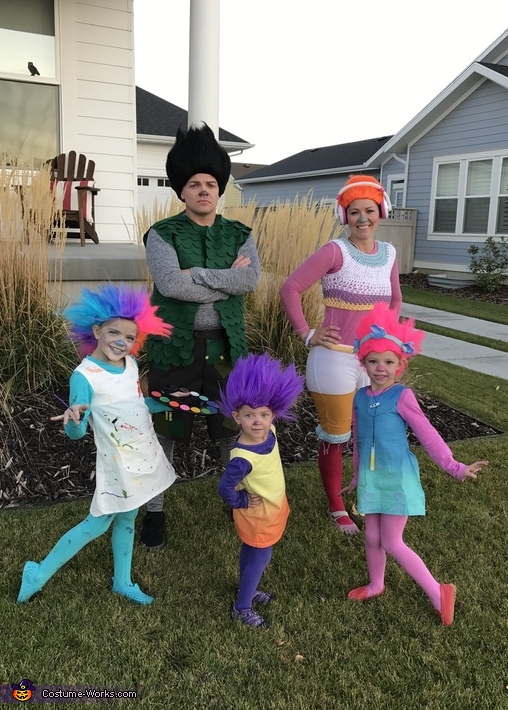 A word from Corie, the 'Trolls' costume creator:

Our whole family fell in love with these adorable characters the moment we first saw the preview for the Dreamworks movie Trolls! Each member of our family resonated with specific character and from there we matched the appropriate wig. The girls costume dresses were sewed then hand dyed, or painted. The DJ costume top was crocheted and the pants were pieced together with. Crochet, felt, and cotton material. Each person had hand dyed matching shirt and tights to coordinate with the "skin" color. And the green vest was made by cutting each individual piece and glued using felt. Each patch and ribbon was adhered individually as well. Adding a few finishing touches with makeup, paint pallet and some headphones and you have he finished product!!