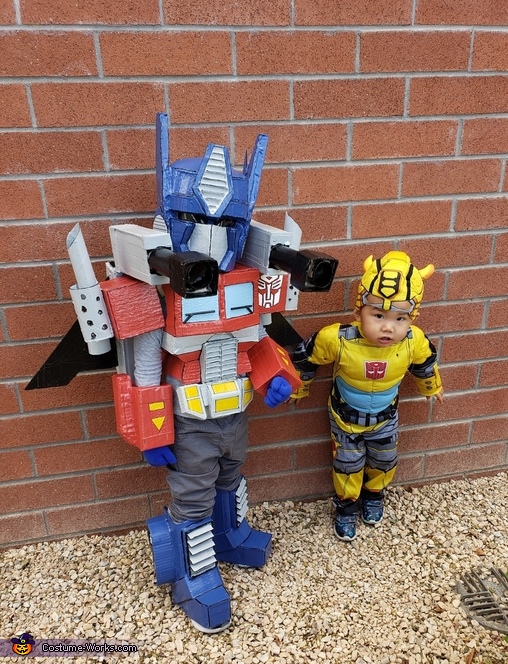 A word from Leo, the 'Transformers' costume creator:

my son Kenji 4 yrs is wearing Otimus Prime and my 1 yr is wearing Bumblebee.
My son was talking about Halloween since February but the pandemic happened and I had to told the bad news to my son maybe we won't have Halloween. When he cried I decided to make him a cool costume. I told Kenji what did he wanted to be, he replied Otimus Prime so, i started working on it. :) I made the costume with cardboard, tape, hot gluegun, paint, sharpe pen cap for missels, window tinting for the eyes. I probably spend $15 paint, tint was $10 hot glue gun stick was about $3 and cardboard was FREE. So, with tax and all I probably spend $30 - $40? It took me around 2 month to work on it, everyday 3-4 hrs after work.
My second child Koji (Bumblebee)was easy i bought the costume at Walmart for $30