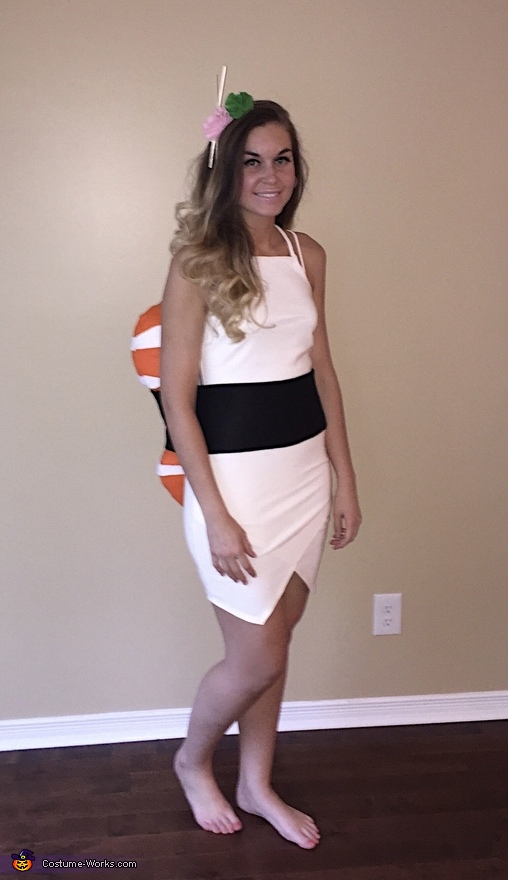 A word from Alyssa, the 'Sushi' costume creator:

For this costume I dressed up as a sushi roll. I found inspiration online for this idea. I made the costume all myself, except the dress which I ordered online to be the “rice”. I purchased some black felt for the “seaweed” and pinned that around my body to secure the shrimp. For the shrimp I made a template and traced out 2 sides of orange felt. I next cut out pieces of white felt for the detail on the shrimp. I then hot glue gunned them onto the orange felt and then glued both pieces of orange felt together, leaving only a small opening. Once I had let that cool I stuffed this with pillow stuffing from my local fabric store and then glued the small opening shut. For the head band, I purchased one from the dollar store and then glued some chop sticks to it, green felt for wasabi and pink felt for ginger. This costume cost roughly $55-$65.