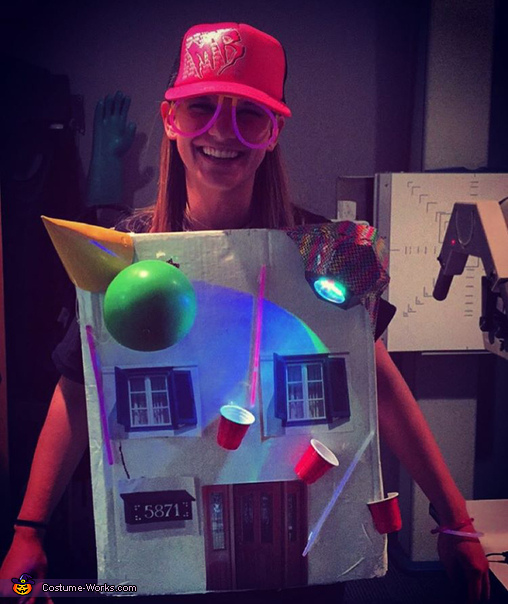 When country singer Sam Hunt first released his hit single "House Party," I was OBSESSED. I posted it ALLLLLL the time on snapchat for MONTHS to come. To the point where I started having random people snapchat them having their own dance party to the song as well! I still have people telling me a year later that they still think of me every time his song comes on!
One day at work, the song came on right as I was debating what to be for Halloween and it just came to me--I'm going to be a house party!
I spray painted a box, and bought some party favors--glow sticks, light up balloons, and mini red solo cups--and stuck them all on the box. I printed out some windows and a door from the computer to make it look like a house. I also added a disco light, which I think was the icing on the cake :) I had a portable speaker hooked up to my phone that played "House Party" on repeat as I walked around! And go figure--I'm still not sick of that song!!!