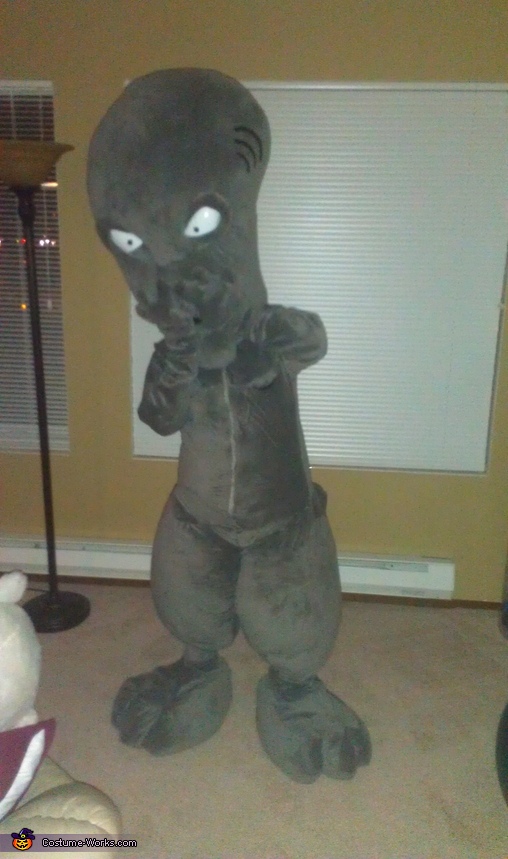 I was looking for an "American Dad" costume for Roger Smith (the alien) on the show. But I found no stores online or physical with the costume. So, i made it myself!

Roger is the total opposite of me! He's a rude, crude, drug using, alcoholic and an alien. The costume was sown together with a light polyester fabric, while the head is comprised of high density foam carefully cut to the shape of Roger's head. The vest was boughht from amazon, however the lights were a last minute add on.

I modeled the suit and head the first time but found that my smaller and cuter girlfriend was a better choice for the alcohol loving alien.

This was 3 years in the making and I look forward to my next big project next year!