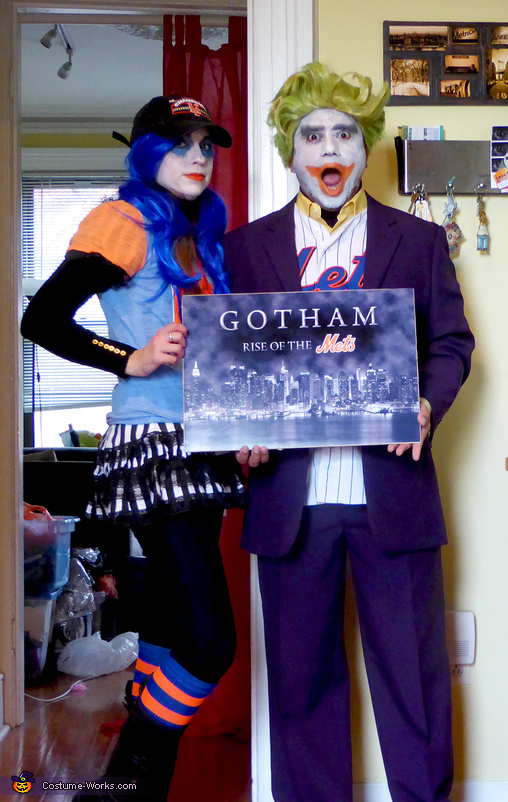 Ready to leave for Citi Field!

A word from Lisette, the 'Joker & Harley Quinn as Mets Fans' costume creator:

We are big Mets fans and one of the Mets' star pitchers, Matt Harvey, is nicknamed the Dark Knight. We were going to see the Mets in the World Series on Halloween night and though he wasn't pitching that night, we went along with our idea to be Gotham characters rooting for the Mets. We dressed up as the Joker and Harley Quinn as Mets fans, combining Mets colors and fan gear with their looks. So Harley Quinn's colors were blue and orange and the Joker's lips were orange instead of red. We came up with this concept for a sign which played off our costumes and the Fox show, Gotham. I made the sign in Photoshop, using a NYC skyline in place of Gotham and the Mets logo in the tagline.