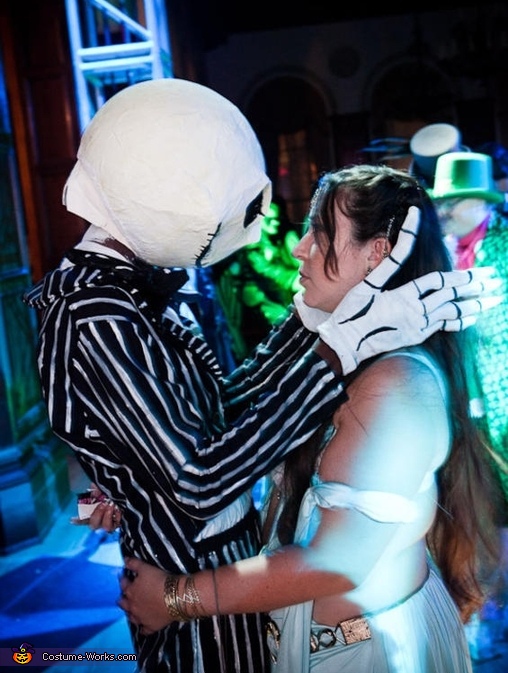 The woman in the picture with me is the creature and my fiance, Kimberly.

Here is Jack Skellington, the King of Halloween Town, of "Nightmare Before Christmas" fame. Jack is played by Raheem, and the costumes maker is Raheem's fiance, Kimberly.

Raheem, has sent us photos of the costume pieces and even a few instructions... THUS! This is one of the costumes that will be put into the Homemade Costumes section after the Contest.

This homemade costume for men entered our 2010 Halloween Costume Contest.

A word from Raheem, the 'Jack Skellington' costume creator:

The person wearing this costume is me; and my name is Raheem. The person who made this costume was my fiance Kimberly Valles. She made my bat bow tie w/ wire, Styrofoam, black fabric, and painted... Read more »