Headless Bride holding the Head of her Fiance Costume 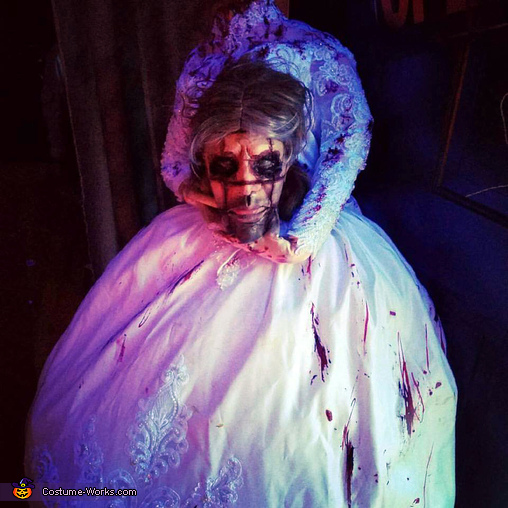 Headless bride holding the head of her groom

A word from Deirdre, the 'Headless Bride' costume creator:

While the head holding thing has been done before, I thought that holding the groom's head, changing genders, would be a little bit different. It was; people couldn't believe I was a real person!

The key is making your head look as fake as the torso. If your head looks realistic, then the effect doesn't work. Everything here was bought second-hand or made (actually from a previous costume), except for the mask and contacts. I bought a used wedding dress, made a papier-mâché torso, stuck a support into a backpack. I then took the mask, used a bit of gum to glue it to my face, and added makeup to integrate the mask and my skin, so that the whole appearance was fake-ish. It was a complete success!