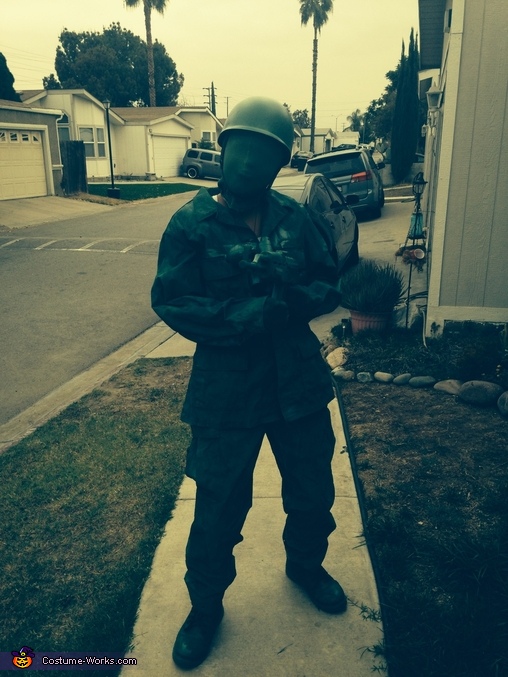 A word from Lisa, the 'Green Toy Soldier' costume creator:

I made this costume for my husband to wear but he is such a spoil sport so my 14 yr old daughter wore it instead! I love Disney movies and wanted my husband to be one of the army men in the movie Toy Story! I am a US Army Veteran so I still had my old Army BDUs ( Camo's, my boots, and dog tags) I bought a toy M16 from a Halloween store, a green toy army helmet,panty hose & a toy grenade. I first primed the uniform and boots with white primer spray paint, it took a lot of cans after that dried I spray painted them green! I then spray painted everything else green! After everything dried I put the panty hose over my daughters head so she could see and over her hands. Then we put the costume on. She said it was very stiff and heavy! She looked great and got so many complements!