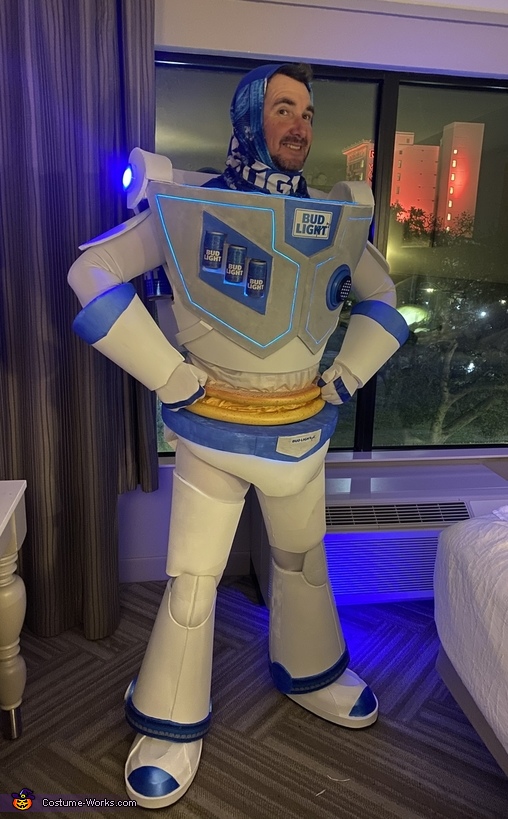 This homemade costume for men entered our 2020 Halloween Costume Contest.

A word from Crystal, the 'Bud Light-year' costume creator:

My boyfriend, Adam, is wearing the costume. We were all sitting around one night and someone mentioned I should make him into Bud Light-year, since that’s the only beer he drinks. And I was like “eh... yeah, I think I can make that happen.” Lol. Started this project in mid-September. Finished the day before Halloween. I probably have about 40 man-hours into it. I honestly can’t tell you how much money I have in it though. I chose not to tally the receipts. Lol. But if I had to guess, being constructed of EVA foam and a quart of rubber cement and including his lighting and sound systems, it would likely be somewhere in the ballpark of $160. 🤷🏻‍♀️ His buttons (and little beer cans) are fully functional.