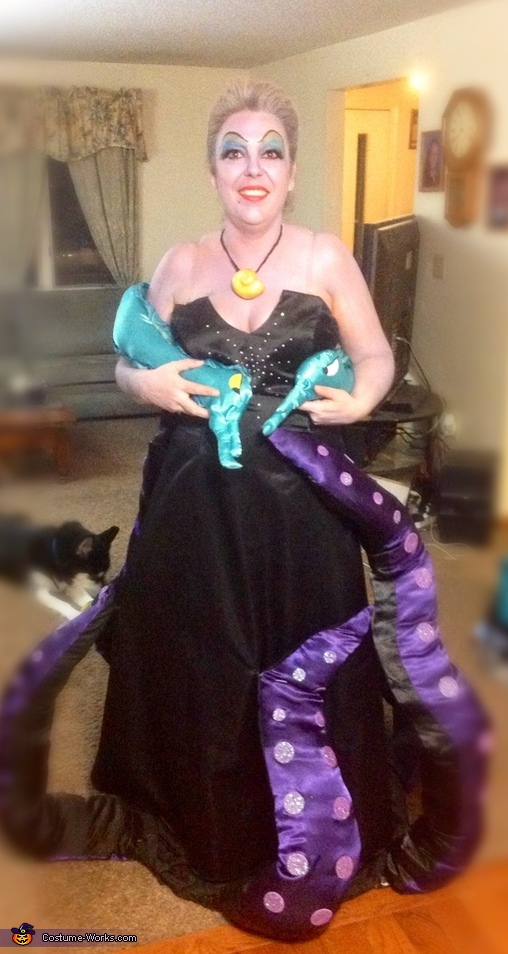 A word from Stephanie, the 'Ursula the Sea Witch' costume creator:

Ursula costume is homemade. Thinking that the tentacles would be too heavy to wear all night we decided to make un underskirt. The underskirt was constructed and a hula hoop was attached to the bottom. Each tentacle was made, stuffed and wired to hold shape. Kids craft foam was cut into circles glittered and hot glue on as suction cups. The wire was then tightly wrapped around the hoop then duct taped. The tentacles were then brought to the outside dress and hook and eyes attached for easy removal. The whole outfit was no heavier than a wedding/prom dress. The shell around the neck was made from model magic and painted gold. A ribbon was attached with hot glue. Jetsom and Flotsam were a homemade pattern sketched out. Nice added touch.