Bag of Popcorn
by Dana 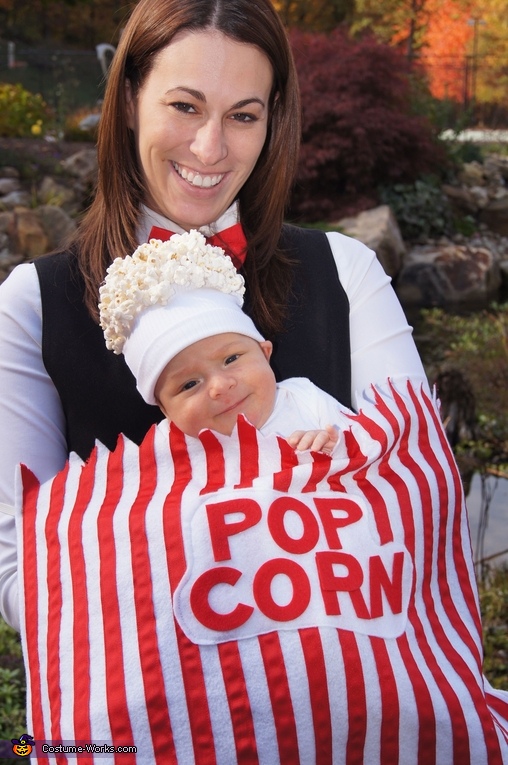 A word from Lia, the 'Baby Popcorn' costume creator:

Our 2-month old son, and myself, wearing the costume. (He's the popcorn, and I'm the vendor). My mother-in-law made the costume by hand, sewing together white felt, red ribbon strips, elastic, and red felt lettering. She made his hat by using hot glue and freshly popped popcorn! We got the idea for the costume from a family friend.