Little Red and the Big Bad Wolf
by Jessica 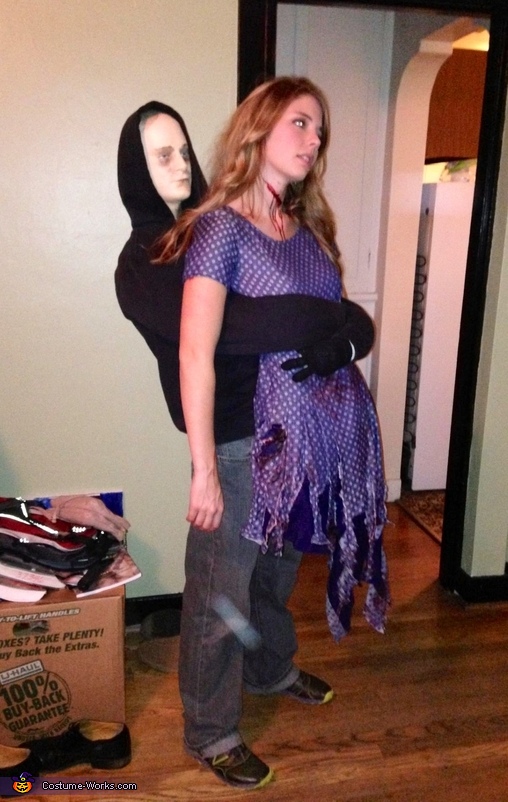 This homemade costume for women entered our 2013 Halloween Costume Contest, in the Coolest Adult Costume nomination!

A word from Molly, the 'Serial Killer & his Victim' costume creator:

I promise that I made no amputations to achieve this costume!! No, really! Take a second look! This costume was made using second-hand clothes, an old comforter (for body padding), a styrofoam manikin head, and a whole lot of duct tape. It was the most fun costume I've ever had in terms of reaction. So many confused stares! I loved it.