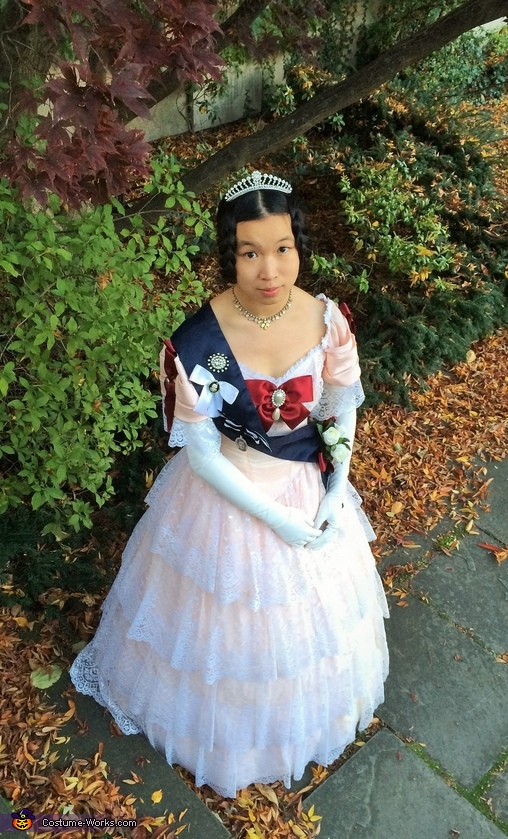 'We are not interested in the possibilities of defeat. They do not exist.' ~ Queen Victoria

A word from Anneliese, the 'Young Queen Victoria' costume creator:

It is no secret that my favorite monarch in British history is Queen Victoria. Ever since I saw Jean-Marc Vallée’s film, The Young Victoria (2009), I have been smitten with the powerful, outspoken and imposing queen and empress who stood at no more than five feet tall. Therefore, it only made sense to pay homage to her by dressing as the young queen for this past Halloween.