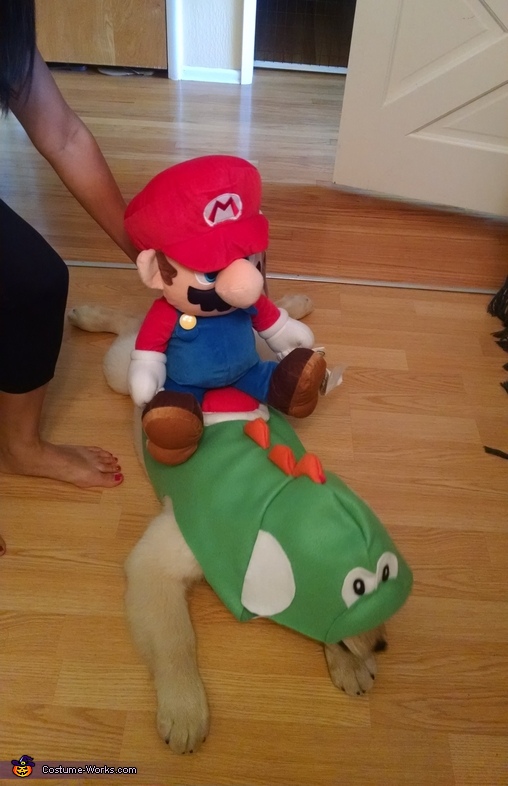 A word from Sylvia, the 'Yoshi' costume creator:

My golden retriever puppy is wearing the costume. His name is Yoshi and he is dressed up as Yoshi from the video game Mario Bros. He is named after that character.

It is made of mostly fleece from Joanns. I found a youtube video and how to make a pet hoodie using fleece, scissors and a hot glue gun. The shell, spikes, tail and hood are filled with polyester fill. The Mario plush was store bought as is. I designed the eyes, nose, cheeks, spikes, shell, tail based from various pictures of the Yoshi character online. Overall cost with the help of Joanns sales and coupons, all materials was around $10.00.