King of All Wild Things
by Tracy 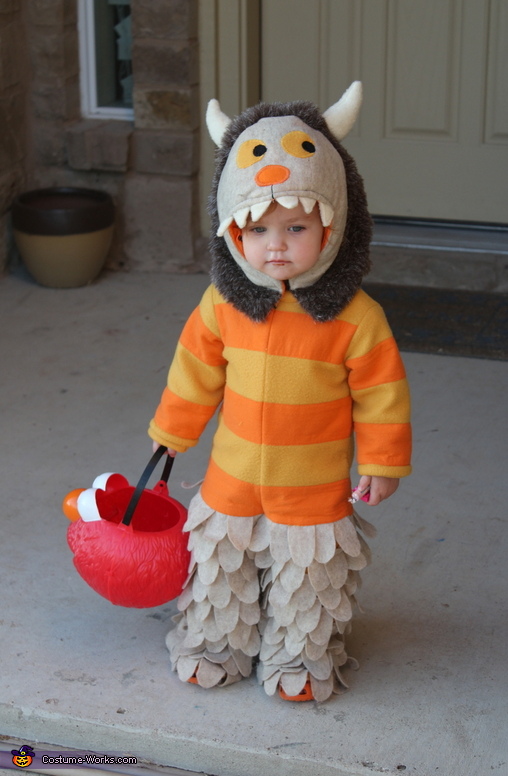 A word from Kathleen, the 'Wild Thing' costume creator:

I used a McCalls pattern to cut the general shape of the bodice, and headpiece. After I cut the fleece, I sewed orange flannel stripes to the top half and sleeves, and then cut out scales for the legs out of felt. I sewed them onto the legs.

After sewing on stripes and scales, I sewed the body pieces together (inserting a furry tail I made from faux fur fabric) and then started working on the head. I trimmed the fur material so that it was less hairy for the head piece, and appliqued eyes and a nose onto the tan felt for the face. I made teeth and sewed them on the front in between the outside layer of hat and the silky inside. I put all the layers right sides together, sewed them, and then flipped them right side out, and stitched the bottom closed. I added hook clasps to under the chin.