Daisy and Bee
by Cheri

Lego Bride and Groom
by Tiffany

For ages now Valentines Day has been one celebrated with affectionate gifts of Flowers, Candy, Jewelry, Perfumes, and Love Poemed Cards. It is a Holiday of "Romance" and is practiced from the time we are very young... trading heart-shaped Valentines Day Cards in our Kindergarten Classes.

You can do this awesome valentines card yourself in just a few minutes! Click on a pattern for a larger, printable version: 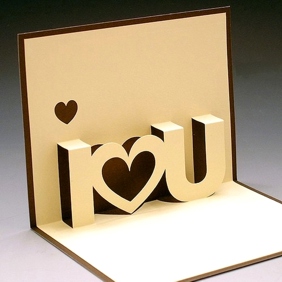 The actual  Historical Facts of this wonderfully loving day are murky to say the least. The story that seems to be the most used is the tale of a Priest named Valentine in 3rd Century Rome. It is told that the Emperor of the time, Claudius II, coming to some misguided conclusion that "single" men made better soldiers... outlawed marriage for men of a young "soldiering" age.  Priest Valentine, realizing the injustice of such a decree, continued to perform marriages in secret for young men and women in love.  Eventually Valentines actions were discovered though...and the Emperor sentenced him to death. Whether or not Valentine was executed or died from illness in prison is also one of the facts never decided upon.  The date, Feburary 14th, is said to be in remembrance of the date that Valentine either died or was buried... although that was WAY back in about 270 A.D.

There is more to add to Valentines Story which also may just be a fanciful addition that someone came up with over the years. While in prison, it is said that Valentine fell in love with a young girl, who most agree had to be a kind jailors daughter. Valentine, having no other way to express this love... wrote very romantic love letters to his beloved. With his letter concluded, he would sign with his signature, and we quote it today on our Valentines Day Cards:

With Love from Your Valentine.

Now how's THAT for "Romantic"?

Valentines Day, as we know, is a day MAINLY centered around "couples" but it can also be a day to say "I love you!" to your Grandmother... or simply" You are my Best Friend!" to some pal that you truely adore.

We can add to the fun, romance, silliness, head-over-heals IN LOVE aspect of Valentines Day by Dressing-UP for a Party, Date, or just for our, spouse, soul mate, companion, or otherwise FRIEND.  SO! How about we check out some COOL Valentines Day Costumes? With all of the LOVE I can muster.. Here they ARE

Be sure you check out costume ideas for couples also. Remember that ..Just because a Costume doesn't say "Valentine" on it.. that doesn't mean it can't BE for that  Occasion.  Be creative..Use your imagination!

Valentines Day IS basically about "Couples" – Two people who love and care for each other, who's hearts desire is to spend as much time as possible with each other. For a Valentines Day Affair...IF you are attending with your OTHER half... I think it's the greatest fun to dress-up as one or another of the famous couples in our world.. of which we have an ENDLESS supply!   Another thing to do would be to go as one HALF of  something that goes together. i.e. Salt & Pepper, Ketsup & Fries.
IF you need some ideas on Couples Costumes... Check out my Article on Couples Costumes for TONS of Ideas!

One of the most romantic times in the history of Mankind (another of my HUMBLE opinions:-) was during a time when many people knew little comfort: Medieval Times.   LOVE was a much cherished thing back then..Perhaps because life WAS so hard..and "love and romance" was FREE (still IS I dare say :-).

Dress you and your loved one in Medieval Garb for Valentines Day.. Who knows, you MAY even locate a Renaissance Fairre near you on Valentines Day.  What a GREAT way to celebrate a romantic day it would be!