The Pope and His Bodyguard Costume 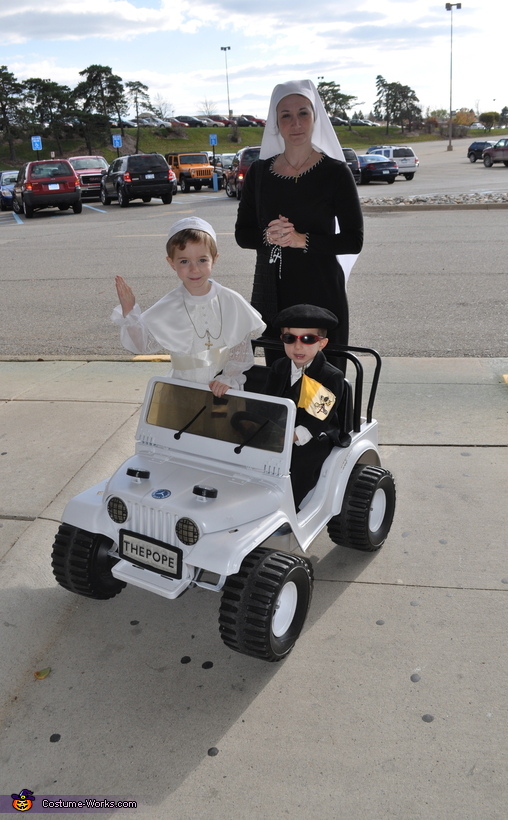 The Pope and His Bodyguard

A word from Mary, the 'The Pope and His Bodyguard' costume creator:

Zachary, age 4, saw Mommy reading the news on the computer. He spotted a picture of the Pope and asked about him. Later, when Mommu was giving him ideas of what he could dress up as for Halloween, he didn't hesitate. "The Pope!!!" We pieced everything together, made his costume and bought the car on craigslist. It was brown, so we had to completely change it. Instead of Pimp My Ride.....we did "Pope My Ride!" As a side, note these are the two boys from the infamous Flour Video on Youtube. :-)