Octopus Swimming in the Ocean
by Kriss 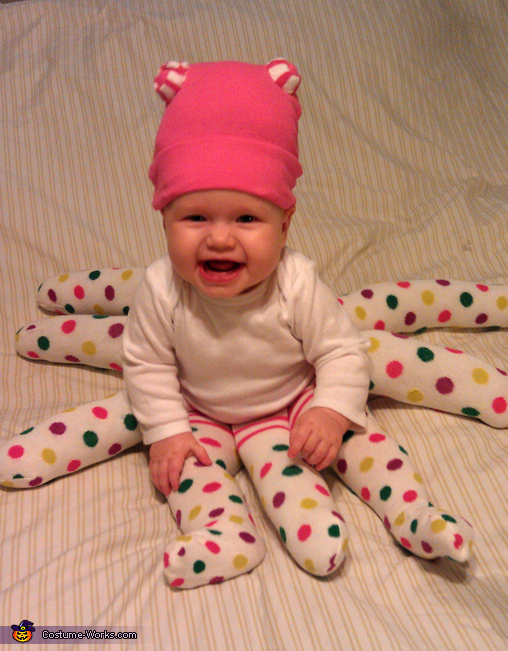 A word from Emily, the 'The Giggly-Wiggly Octopus' costume creator:

My baby daughter, Natalie Kate, is wearing the home made octopus costume. I was trying to save money this Halloween, while still being creative and was browsing images of baby costumes online. I saw a similar costume made out of different colored tube-socks, and I thought I could do the same thing using baby tights. I stuffed the legs of the tights with stuffing and attached to a waistband. She is wearing one of the pair of tights to make 8 legs. I added octopus eyes to a pink hat she already had to complete the thrifty costume. It was a big hit! She loved wiggling her many legs all night!