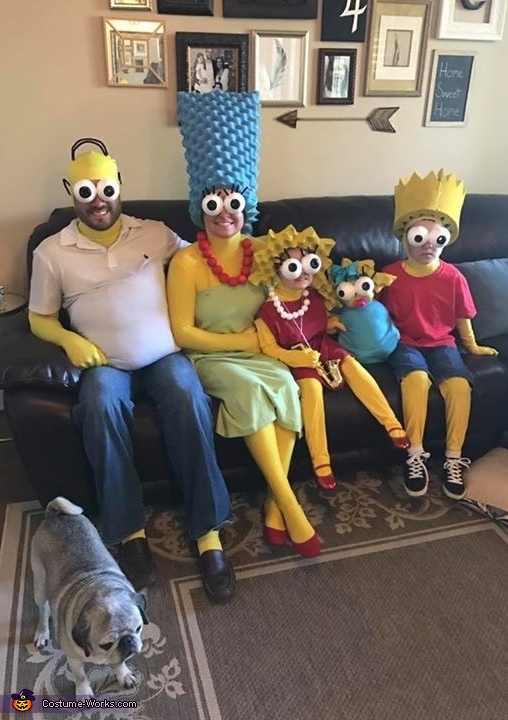 A word from Jayde, the 'The Simpsons' costume creator:

I was Marge, my husband was Homer, my daughter was Lisa, my son was Bart, and my daughter’s baby doll was Maggie. I found this idea on Pinterest and added my own touches. I started with yellow skins for all of us (except the babydoll). I bought cheap glasses glued styrofoam balls cut in half to them to make large eyeballs. I bought a blue foam eggcrate mattress and shaped and stapled it into marge’s hair. I cut out shapes of Lisa and Bart’s hair from the mattress and spray painted them yellow. Homers hair was black pipe cleaner that was hot glued to the yellow skin. Lisa’s dress was a pillow case, Marge’s dress was a long skirt from goodwill. We were a major hit for Halloween 2016!