Gonzo the Great
by Sharon 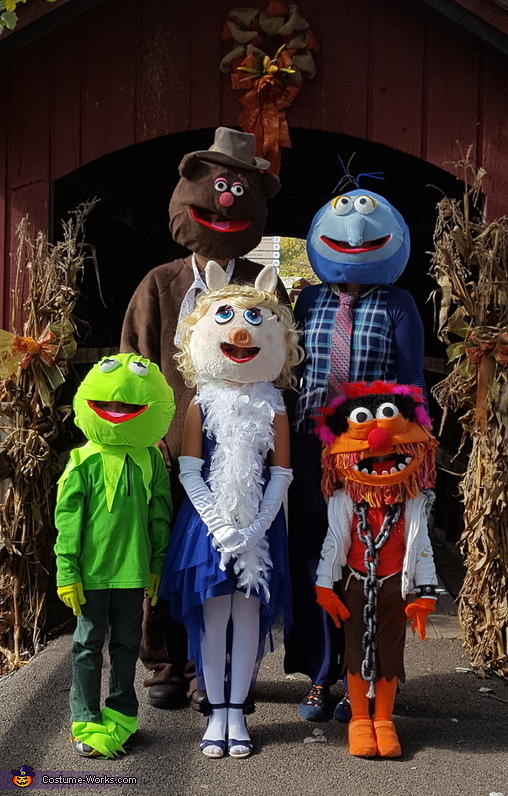 A word from James, the 'The Muppets' costume creator:

I nominate my wife, Deanna, for her homemade family costume theme for us...The Muppets! She made each Muppet character by hand. Using paper mache over a balloon, she sculpted the head. Once dry, she applied the material for the overall color(s). She then added details such as eyes, a nose, cut out mouths and tounges, and other details pertaining to each Muppet character. She even made ears for Fozzie and Miss Piggy using some thick foam. Animal's hair and beard/mustache was made from skeins of yarn and some feather boas for the top. For Miss Piggy, she cut black feathers and fanned them out to make her eyelashes. Most of her creations were based solely off of looking at a photo of each character online. Gonzo's hair was created from pipe cleaners and his nose was once part of her "Warrior Dash" viking helmet that she covered with material. Details such as the collar and feet for Kermit were made from the same material as the head. Fozzie's body was sewn by hand to match the head. Virtually all of the clothes to go along with the Muppet heads were from a second hand store (only a few items were things we already owned). She worked so hard on these costumes and so far, it has received rave reviews when we wore it over the weekend.